Tues & Wed, March 12 & 13, 2019; Green Cove Springs to Fruitland, Fl
55.5 miles   …   7 Hours
A bumpy, rolly night with winds rolling waves at us on the beam (side).There was one long stretch of calm, but the waves started up again a couple hours before sunrise.  We couldn’t wait to get under way.
Even this steel hull sailboat was bouncing. Interesting rig. Owners says he traded his truck for it. Previous owner was 80 and built it. 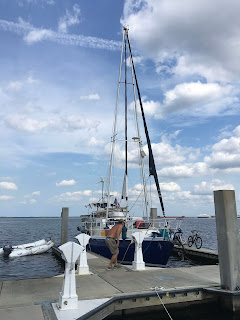 Not the prettiest day but a comfortable ride to Welaka. We had the river to ourselves.

We saw this lighted mark at a rakish angle. 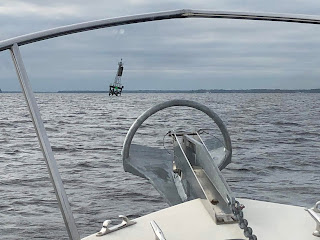 Once closer we saw an eagle on it. Guess he didn't want to have his picture taken. He took of right as I was ready to take a shot of him. 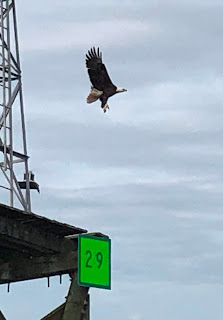 The day brightened just as we were approaching the start of the most interesting, southern, section of the St John's River.
Sights along the way 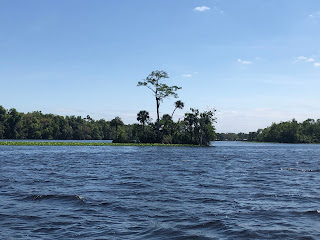 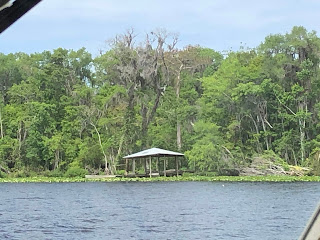 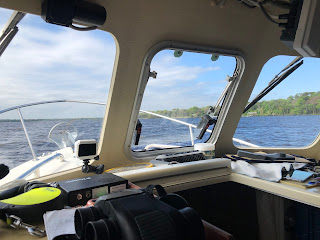 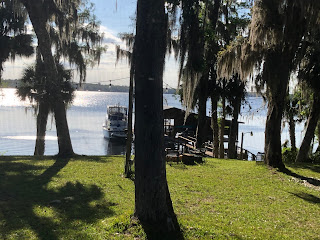 Oh, and this little fella was hanging around, too 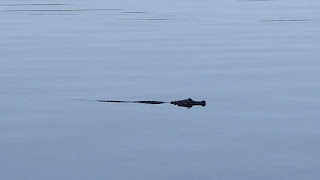 Next up (after a beer and showers) was a trip to Scott & Lolo’s house for dinner. Scott prepared a “Paleo” meal for us! Kim’s fabulous Banana Pudding wasn’t Paleo but amazing. So incredibly thoughtful and GOOD! We got a tour of their new Class A Motor Coach (Fabulous), tour of the new to them home and got to meet Ruby, their 5 month old Mini Golden Doodle!!

Next up was Brunch at a favorite local place, Shrimps R Us & More. Then, a tour of town in Lolo’s 4 wheeler. Welaka is a neat place. 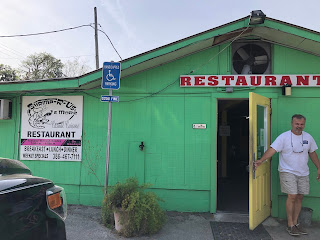 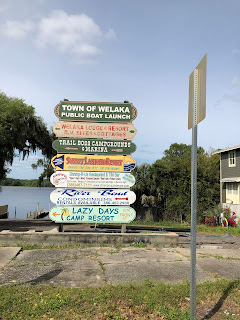 Dinner the next night was at Kim & Jim’s. Kim’s Paella was delicious!!! More Banana Pudding AND Key Lime Pie!! 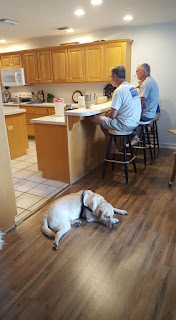 After dinner was a run to a local watering hole to catch the sunset – Renegades. Well, and a couple drinks, too. 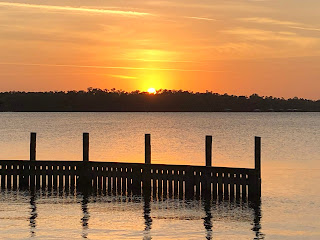 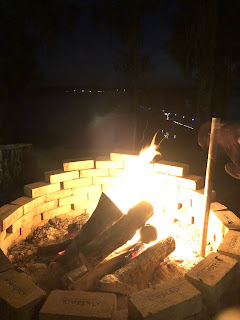 Unfortunately, we have to leave … 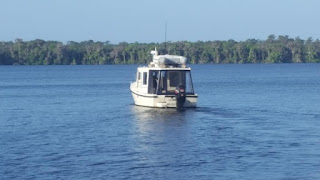 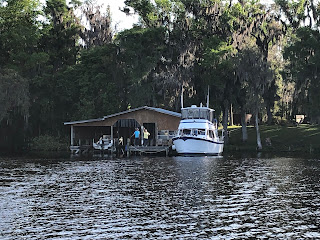 A very special memory along the St John’s River. So much fun to catch up with looper pals!!

Posted by Lab Partners at 10:05 AM No comments: