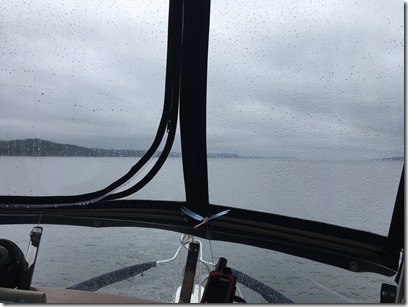 Rain today. We also entered Tennessee today … at some point, not sure where.

Seems we just kept driving into the edge of the rain all day.

This was the view forward … storm clouds and rain on again, off again. 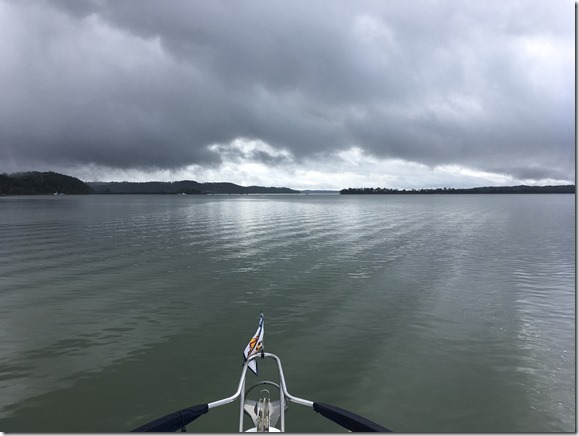 This was the view aft, less than a minute later; brightening skies. 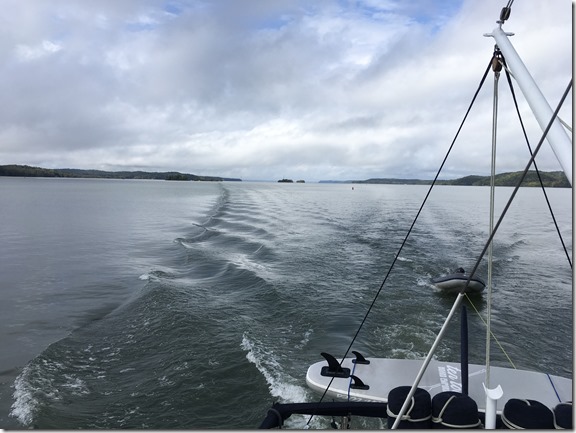 At times we were in rain and the starboard shore was dry and in sunshine.

Bridge to no where 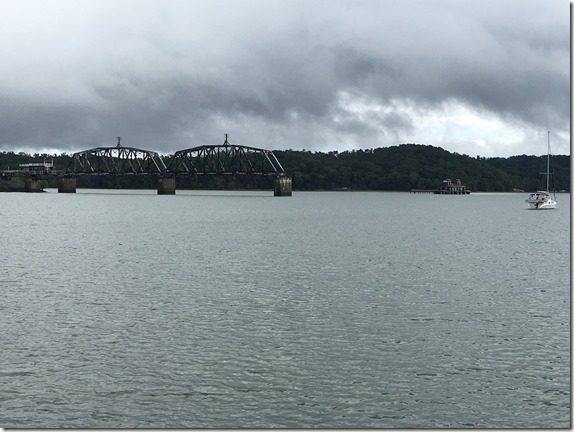 Not sure why this section is still standing 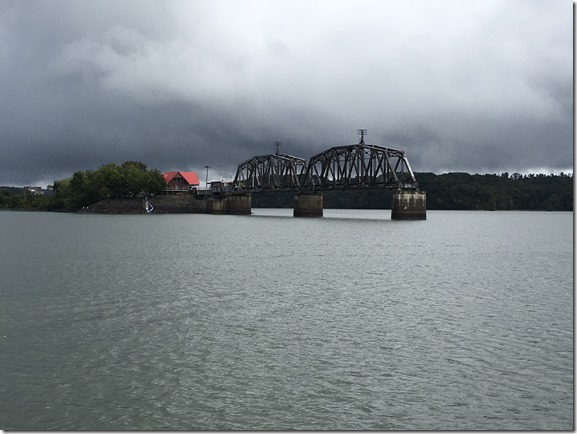 Old building, not far off the bridge to no where. Others say there was a swing section of the bridge that went over to this building which took in loads of grain. 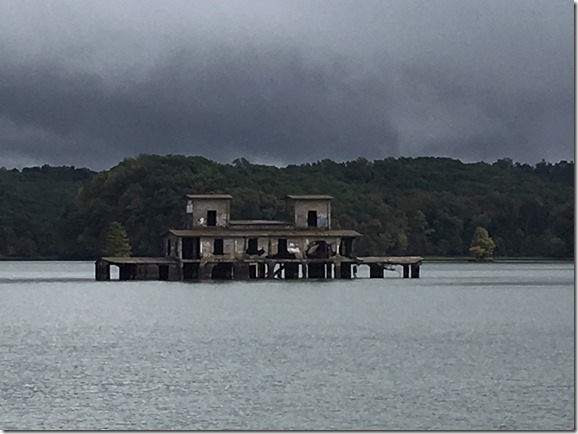 Skies did finally break overhead and clear up. Of course that meant heat and humidity. We didn’t feel like running the generator to have AC, so dealt with the heat. 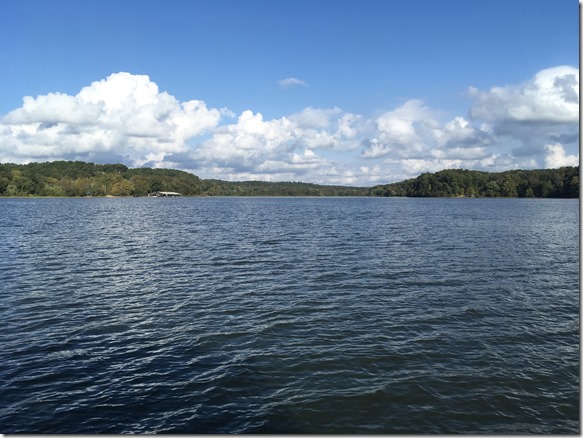 Views of the anchorage tonight 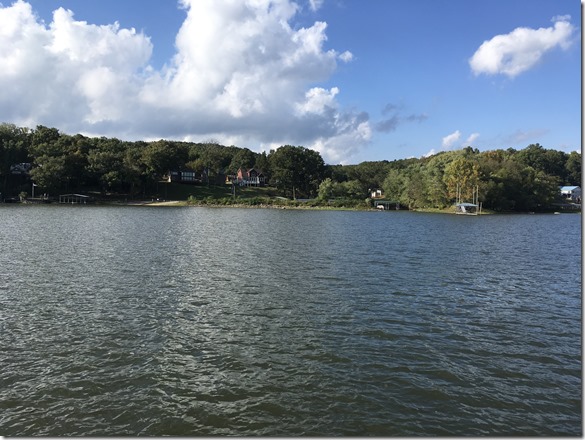 One other Looper boat, Scott Free is here also. 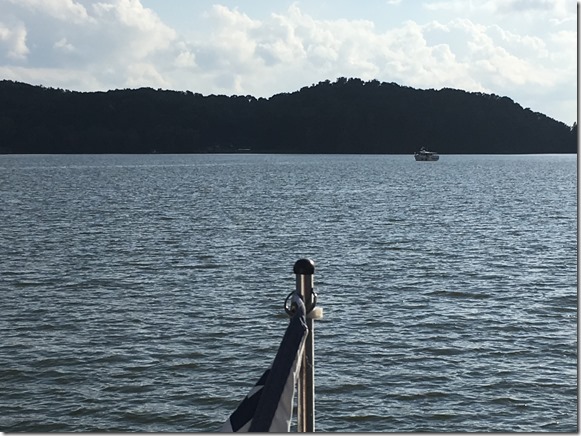 We planned on this anchorage because of the store here. When we took Cally to shore, we tied up to the floating store, but found it closed. A very nice gentleman was fishing on the bank with his grandson. we talked as I walked Cally around. I mentioned we had hoped the store was open so we could get ice cream on such a hot day. He, Scooter, headed off with his grandson and came back in minutes with 2 Nutty Buddy-style ice cream cones for us!!! He is a retired cop who worked with bomb sniffing dogs. Quite the character. Wish we could have spent more time with him. as we parted,we asked if he thought it was ok to come back again later for more shore dooty; he said it was fine and if anyone said anything … “Tell them Scooter said it was ok”. 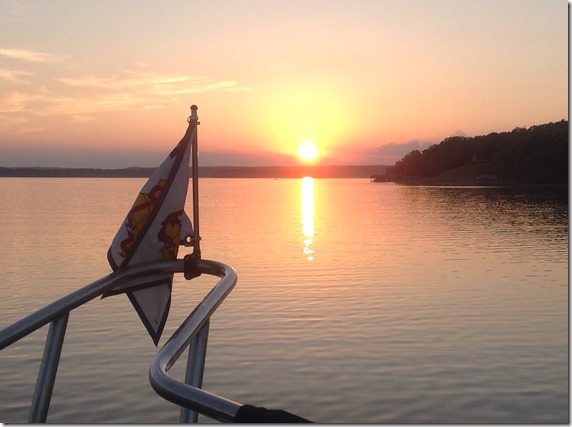 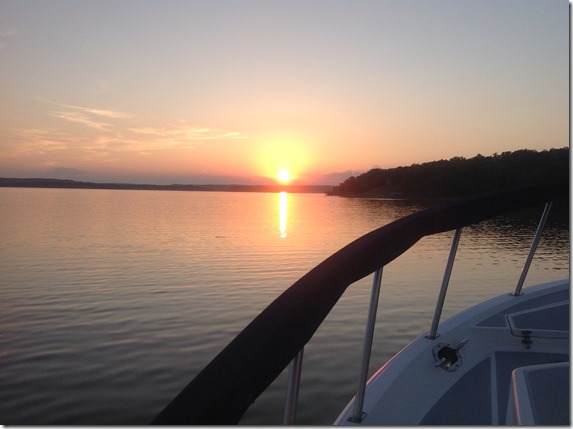 Beautiful sunset tonight … though we can see lightening in the distance and thunder storms are in the forecast overnight in the area. 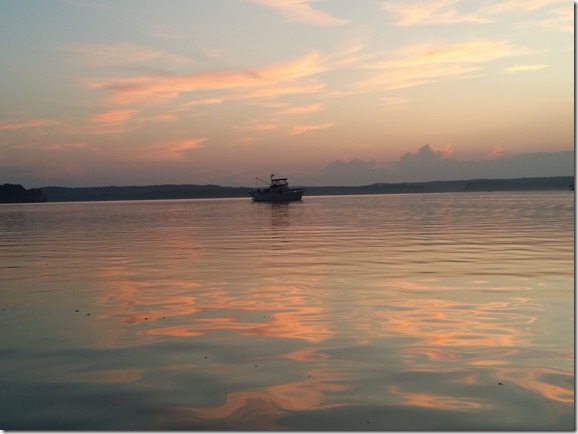 Posted by Lab Partners at 5:28 PM No comments: