Eagles Island was not where we should be to ride out the coming winds & rain. Plan A was to get to a popular anchorage called Long Point Cove. So, another dreary, cool day in Canada, eh. 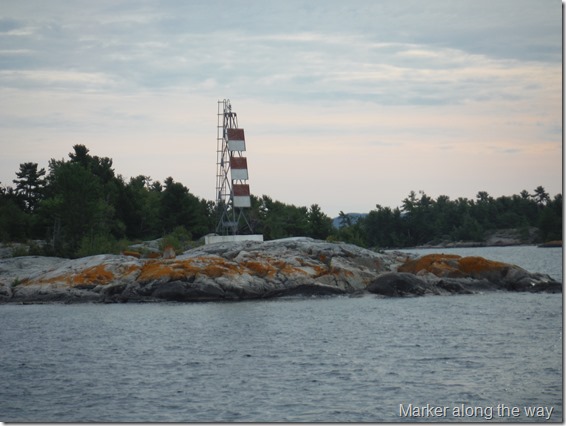 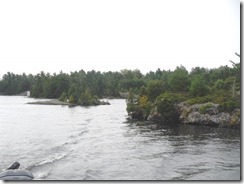 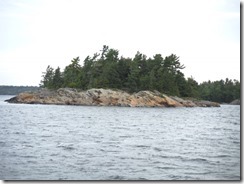 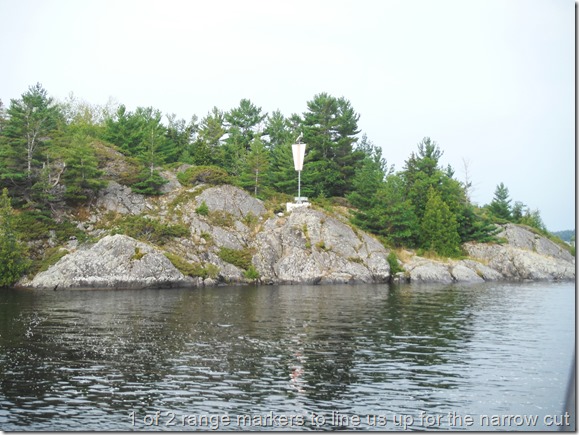 First up, a short narrow cut called “Little Detroit”. No problem for both boats to negotiate, as no one else was coming and the winds were not bad. 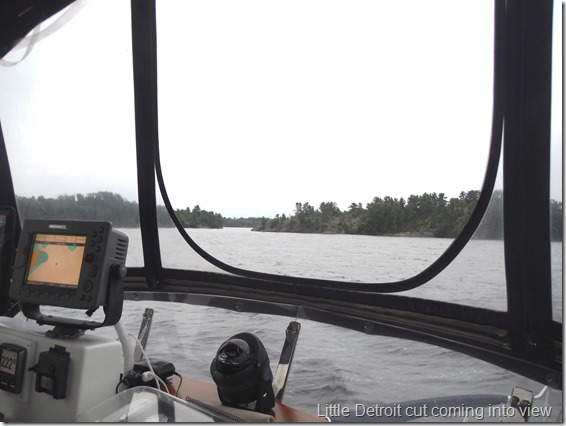 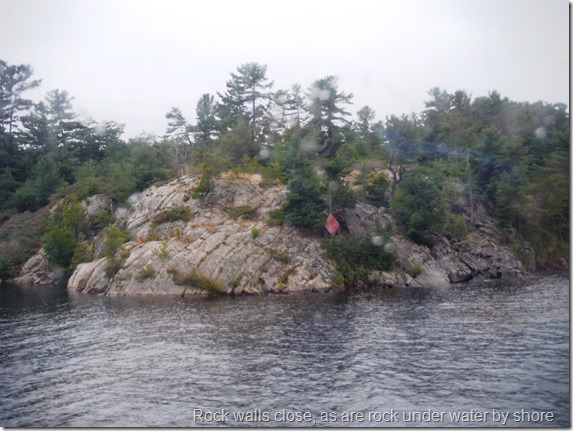 Good thing, because my securite call was on VHF 68, not 16 as it should have been. I hit the down arrow not the 16 button. 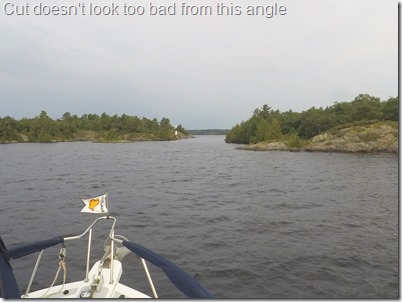 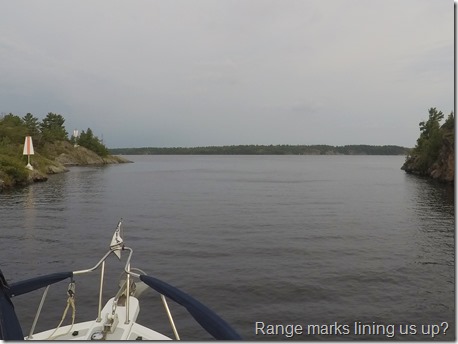 However, Firestorm covered my fanny and made the call … not as early as I had made it, but, not hearing us do it and in plenty of time. 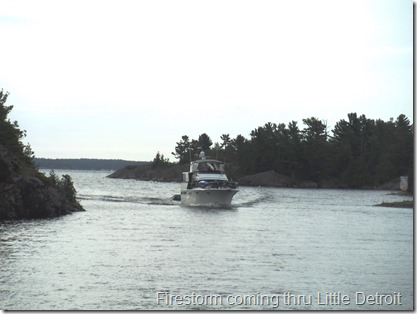 After 12+ miles, radar & weather aps were telling us we wouldn’t make it before the weather system hit us. Plan B, tuck into Moiles Harbor. 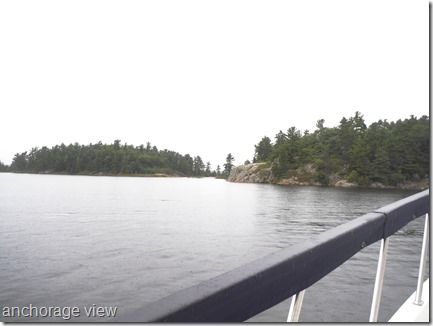 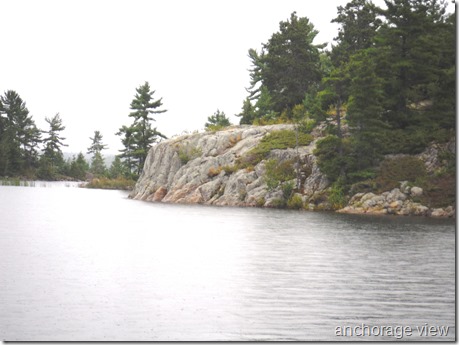 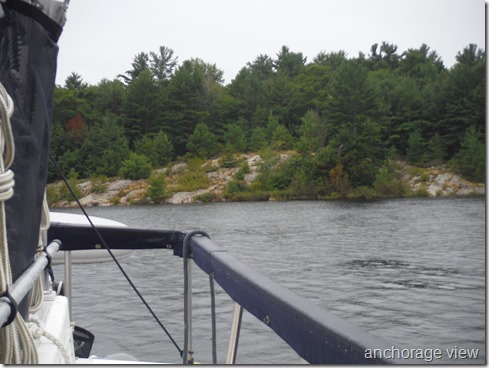 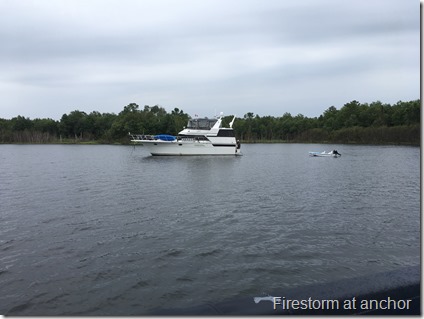 All tucked into Moiles Harbor, there are 3 of us here, all with dogs to get to shore. We stayed for 2 days waiting out weather/rain/winds … catching up on rest and reading mostly. 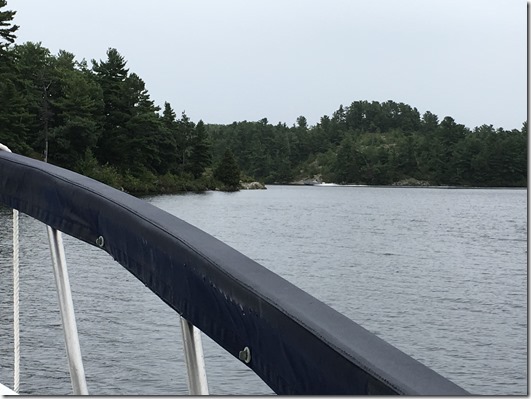 Posted by Lab Partners at 6:01 PM No comments: