Our LAST Lock … until next year 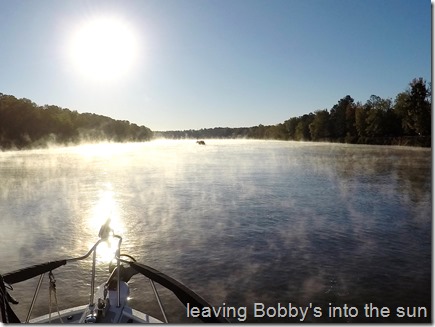 Left the dock with 4 sailboats in a rush. The fog lifted earlier than thought and the lock we needed to transit was open on our side. It was either GO or wait for an hour or two for tows coming north to lock in front of us. 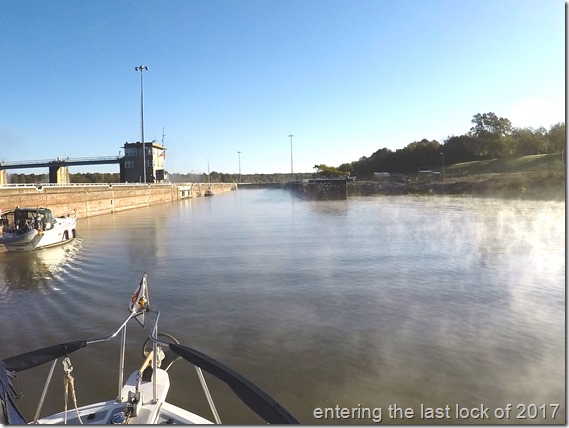 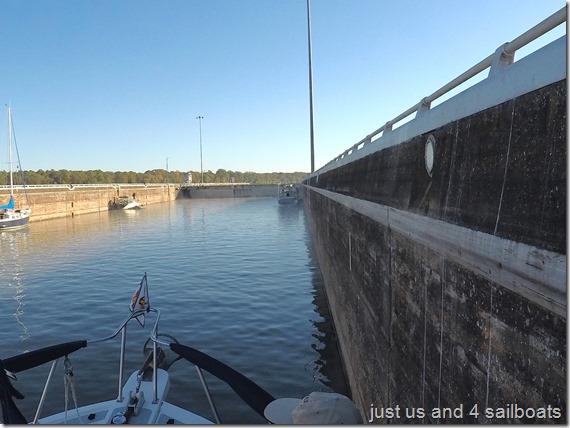 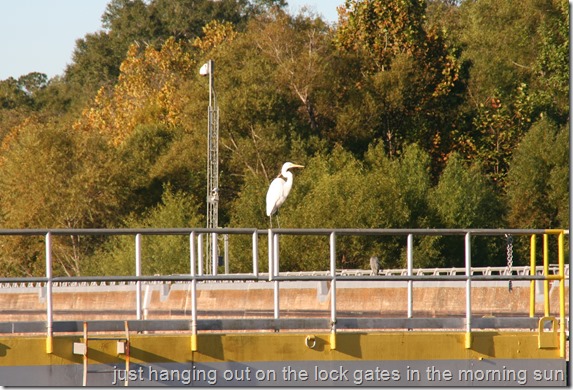 Two birds in the pic below would pick up fish to eat as the water lowered and left them on the horizontal beams. When they ate all those, they jumped to the next uncovered beam to munch again. 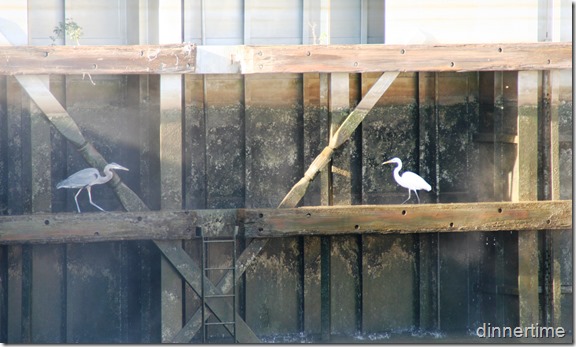 Off we went; all boats secured to the pins quickly. And, down we went; our last lock until we cross Florida, sometime early next year. As locking goes the 12 on the TennTom and Mobile River have been consistently arranged (making things easier to anticipate & plan for) with pleasant lock staff. With our planned anchorages located right by the lock, timing has not been bad either … no awful waiting around for hours on end. Waiting at anchor is much easier than floating out by the lock & dams. 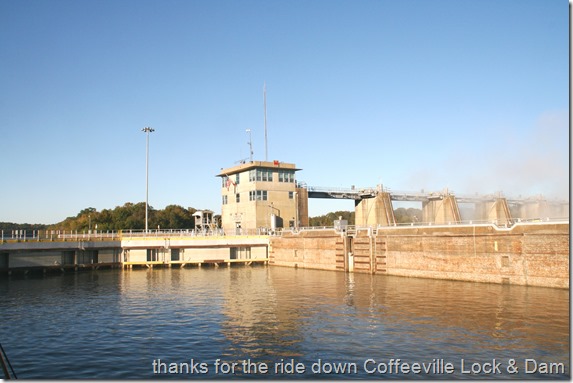 We were the fast boat in this group … heading off to Sunflower Anchorage East. 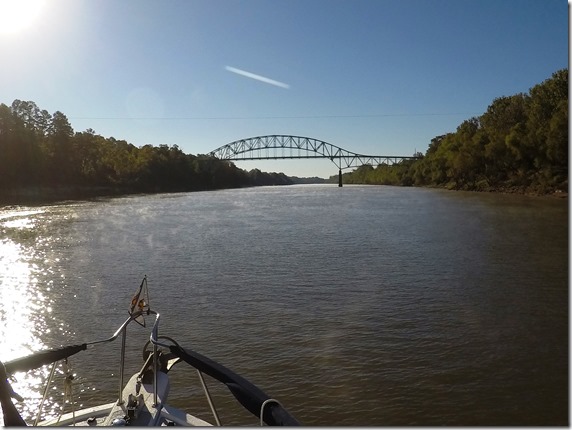 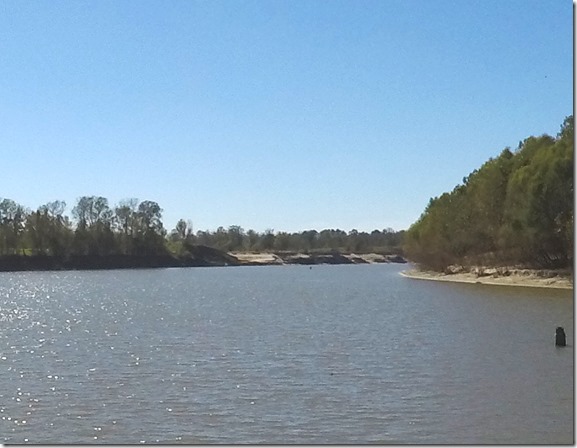 Passed several tows and a working dredge. Otherwise the scenery was quite like the last few days. 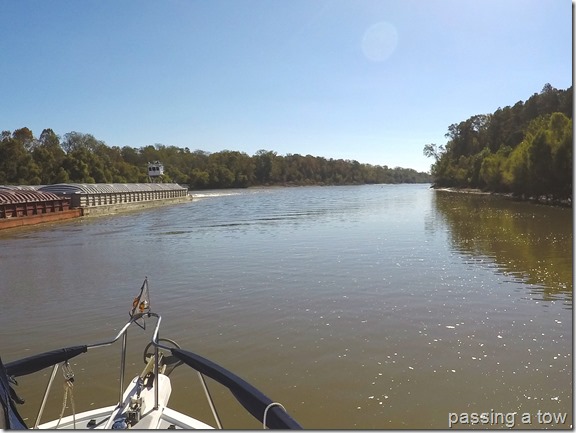 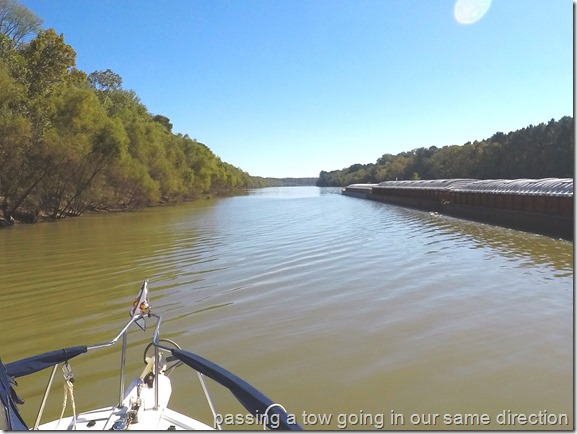 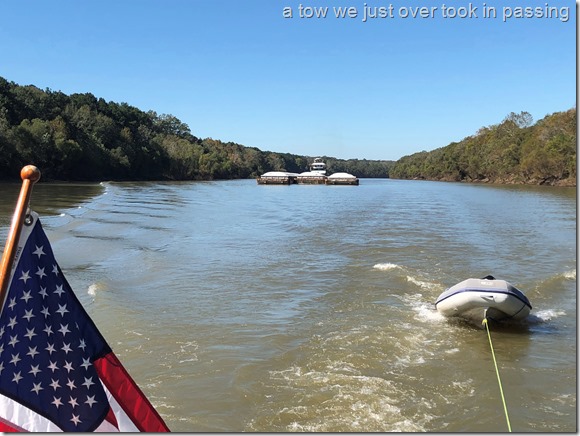 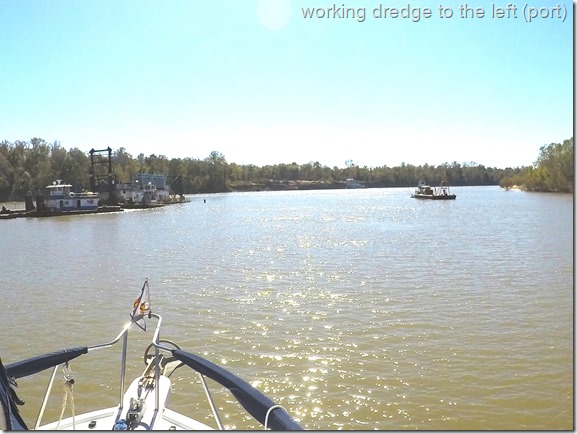 Some of the tugs are smaller; their Pilot House raises and lowers to adjust to the height needed to see over their barges. 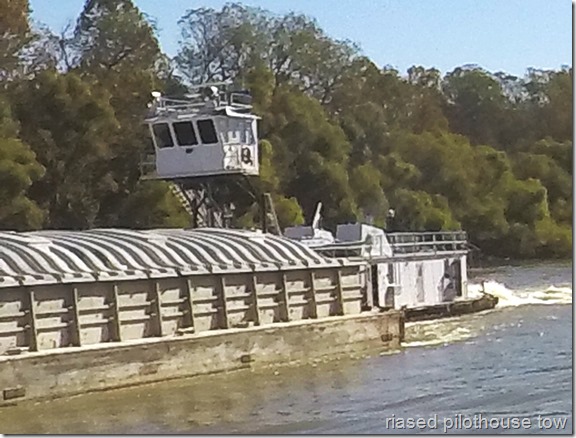 We are right on the river again, but off to the side in a notch out of the way of the tows (or, so we hope). 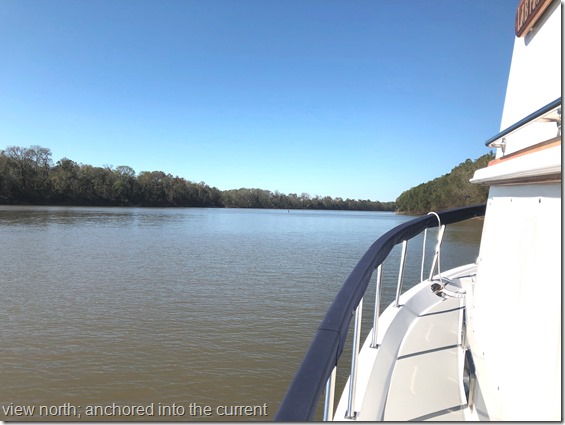 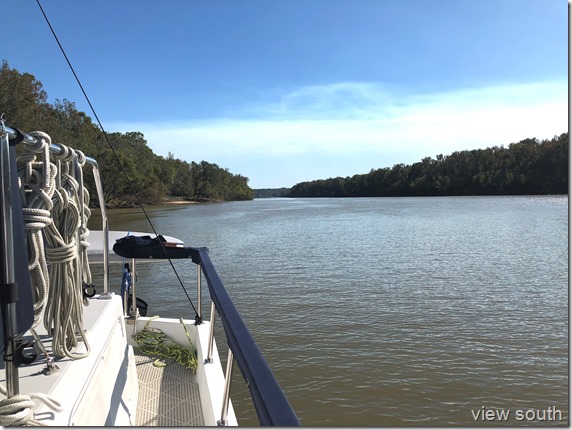 One passing tow confirmed we were out of the way and good here. 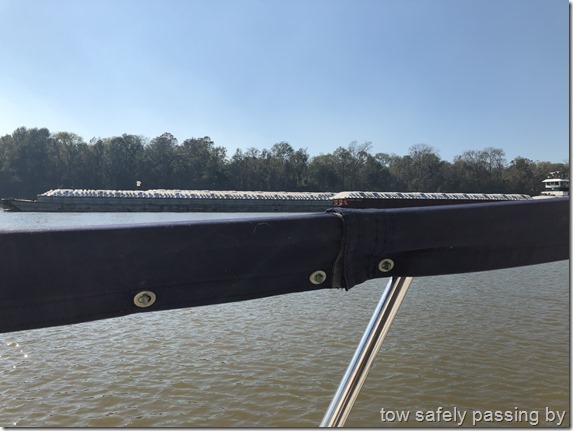 Cally doesn’t have the biggest beach to go potty … but, enough to do business. She’ll have firm grass ground, again, in two days (assuming all goes as planned).  One down (south) bound tow, just after dark, slammed the green can (buoy) across the river from us.  We heard it hit and then drag under the barge until it popped out (and banged again).  The buoy was still there the next morning. 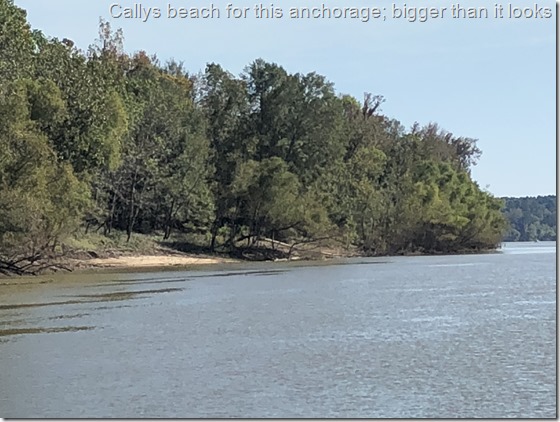 Posted by Lab Partners at 1:03 PM No comments: