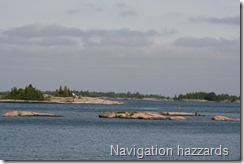 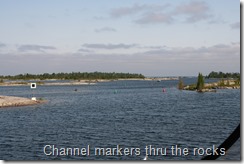 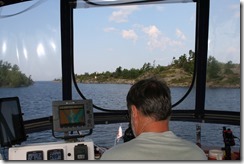 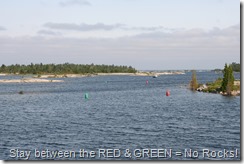 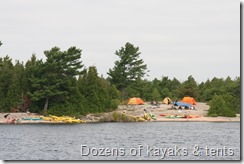 We left  Wrights Marina after a pump out, trash run and purchasing a clip on Dragonfly. Locals swear they keep the biting flies away. If it works, we will get more on our next Amazon order. 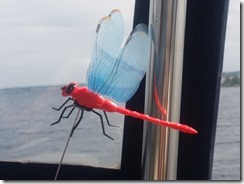 Dinner last night was grilling steaks out on the deck by the dock with Firestorm; followed by Captains meeting with locals for the inside scoop on the areas we will go in the upcoming days. 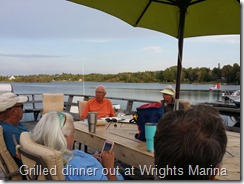 John told us about the start of Stanley Aluminum Boats. #1 hull is here and owned by the marina owner, daughter of the founder of Wrights Marina. Her dad had it built. Then, he told us about an 80 year old lady who has a Stanley boat and owns a place in the Bustard Islands, our next stop. He met her on a train in South Africa, of all places.
An easy run this morning and into the first anchorage of choice with room for both boats, Firestorm and Lab Partners.  There were a few narrow passages. Rogers Gut being the tightest. We made our securite call announcing our intent to enter the tight Channel. A smaller boat, coming the other way, backed down and waited for our two boats to pass through before he moved on his way. 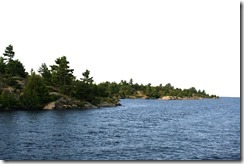 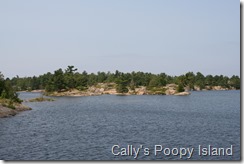 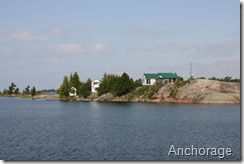 Cally had a bit more space to wander than the last two rock islands for potty time. She got to swim, too. That's 3 days in a row (twice at Wright Marina and once here) ... new record for the Loop. She is one tired, happy camper.
Laurie, Mike and I went Blueberry picking! The blueberries are quite small, but flavorful. All the Loopers ahead of us are talking about how good and plentiful the blueberries are along the route. The locals have told us it is a banner year for blueberries with all the rain they have had ... and that keeps the bears full and away from people! 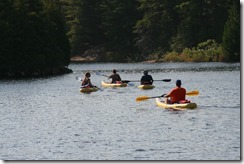 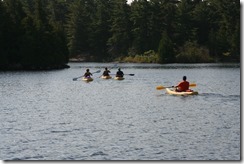 Rip talked with a guy from a group of 4 kayakers that paddled past. Turns out he keeps his boat in Kingston, ON; but cannot yet splash his boat to use it. All boats go up on land for the cold winter, but the land between where his boat, a 45' Sea Ray, is and the well to put it in the water ... is still flooded. It is the last day of July and he cannot use his boat, yet. SO? He and his wife are on a two week sailboat cruise with his brother and sister in law. 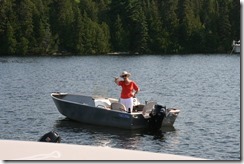 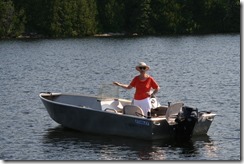 Next up we see a lady in a Stanley boat cruising around. We cannot get her attention until her morning cruise. Sure enough, she is the 80 year old John told us about. She is at her cottage for two weeks. What a lovely lady. And after we pulled anchor, we see her go over to one of the rock walls a boat had been stern to tied. She said she wanted to check what trash she thought she saw them leave behind. Yes, she climbed off her boat and up the rocks to check out where they had been and what they left. She had taken their boat number ... in case she needed to report something. I hope I am that "with it" and that agile at her age! 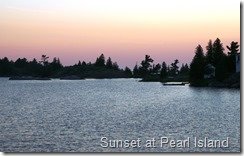 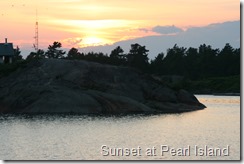