Back to Ortega Landing Marina in Jacksonville, FL 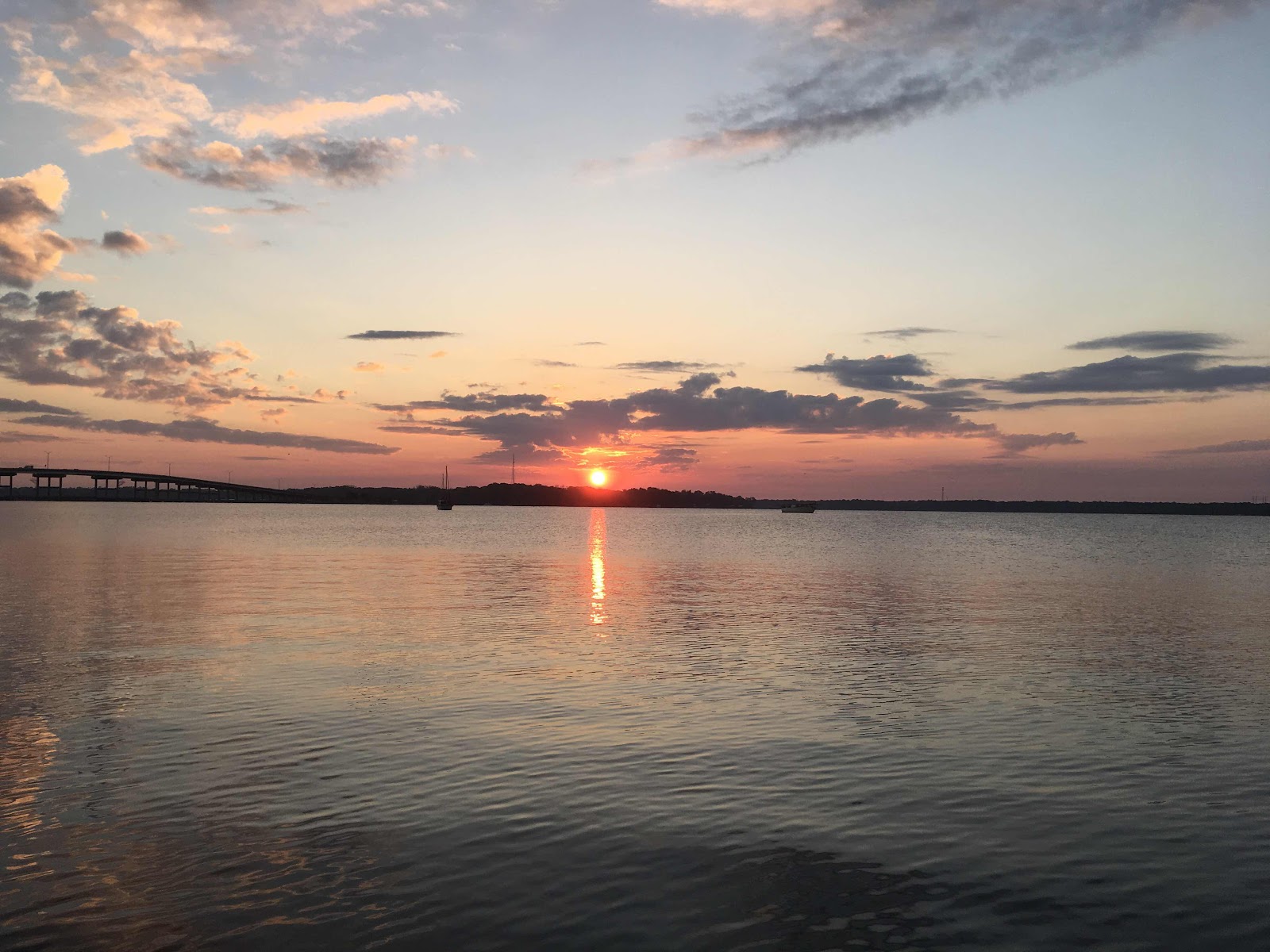 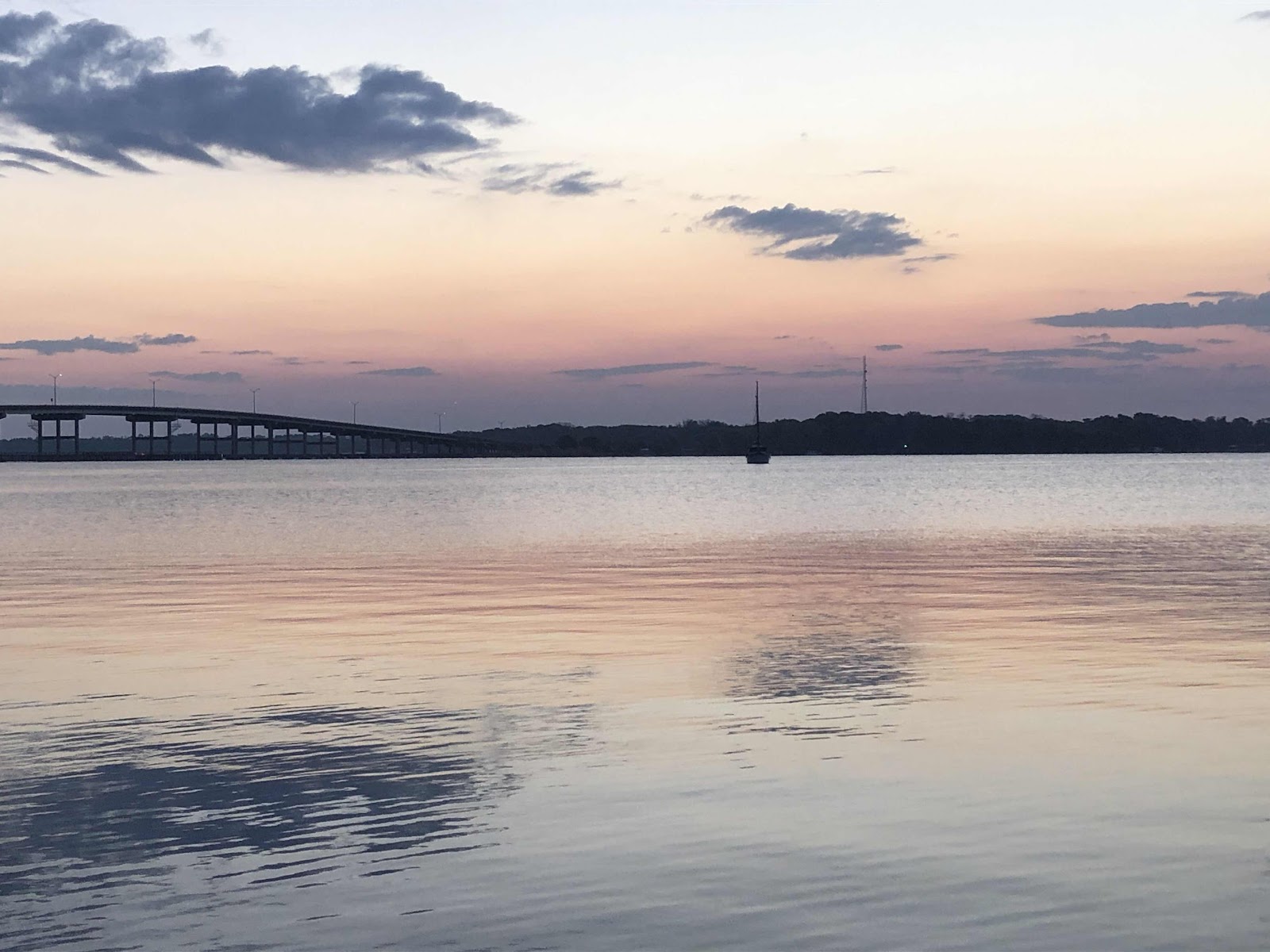 Beautiful morning with calm winds. Since we were on the end of the dock, the sunrise wasn't blocked out by bigger boats this morning!! Nice restful night. Under way early and with the current.

Sort-of a boring day; and that isn't a bad thing, exactly. Passing sights we have seen. Then the wind picked up more than any weather/wind app predicted. Got a little sporty for a bit. We did stop for fuel along the way.
We passed Jax Naval Air Base. Two planes were practicing touch and goes. Freedom in action. 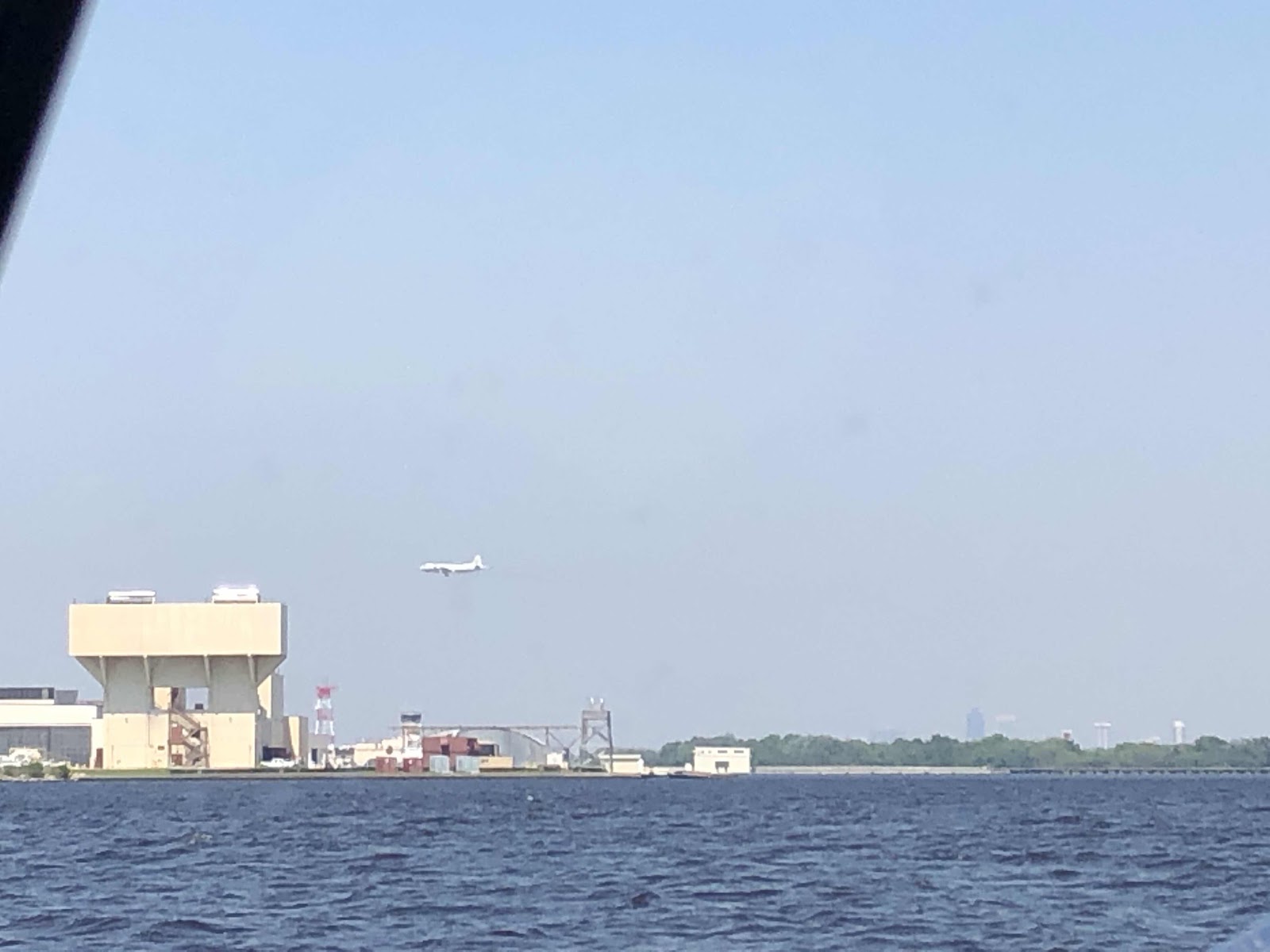 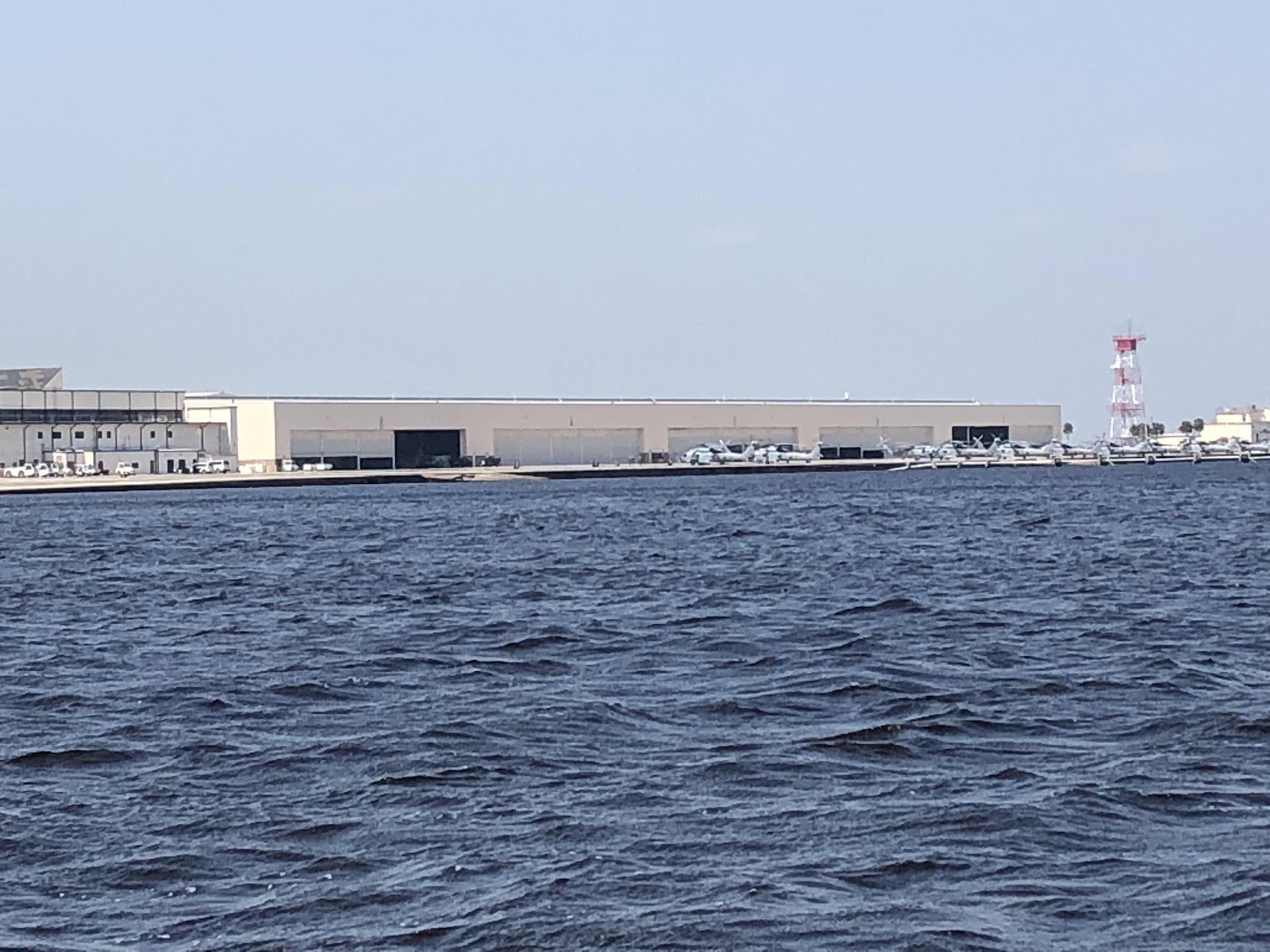 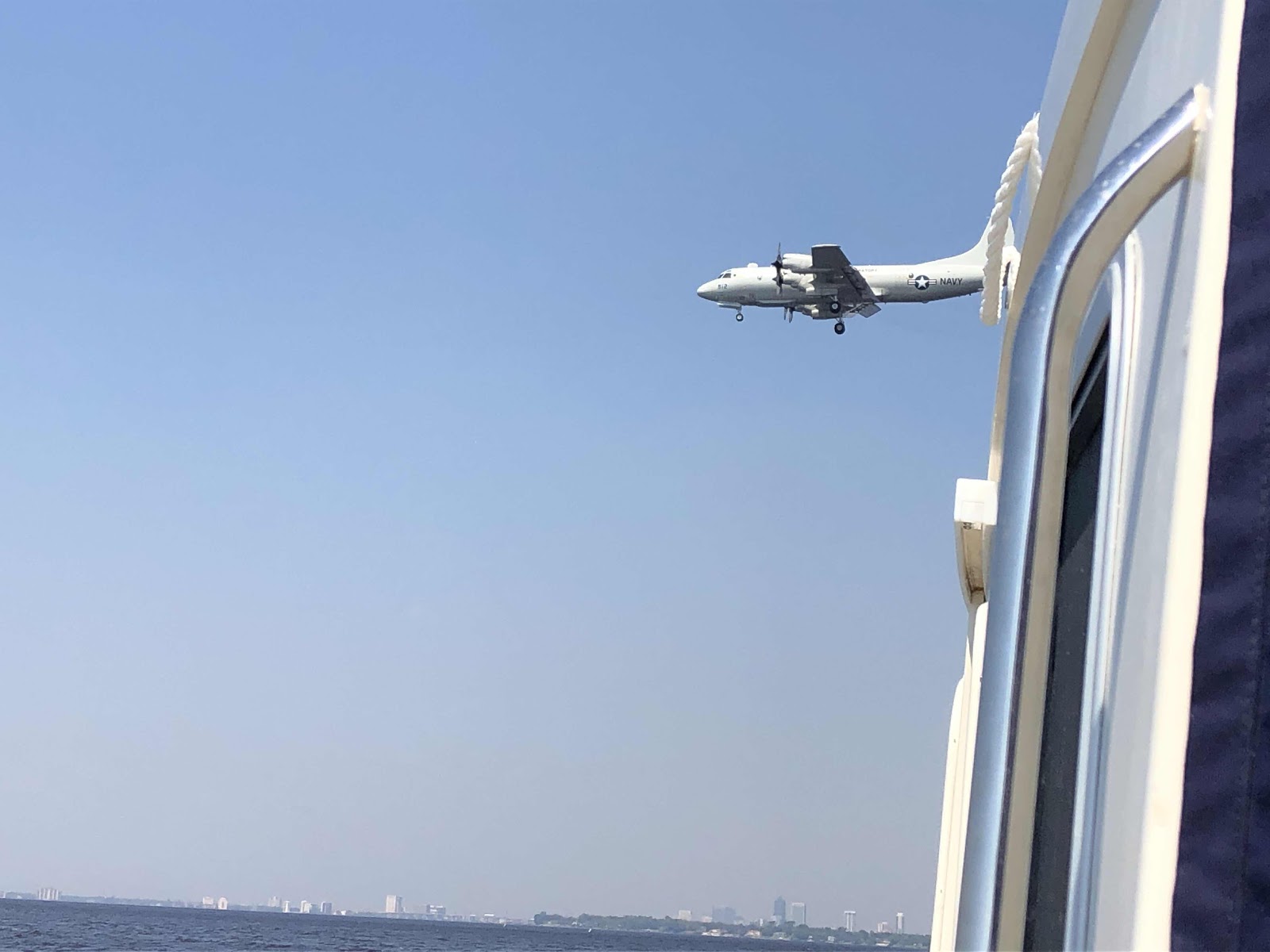 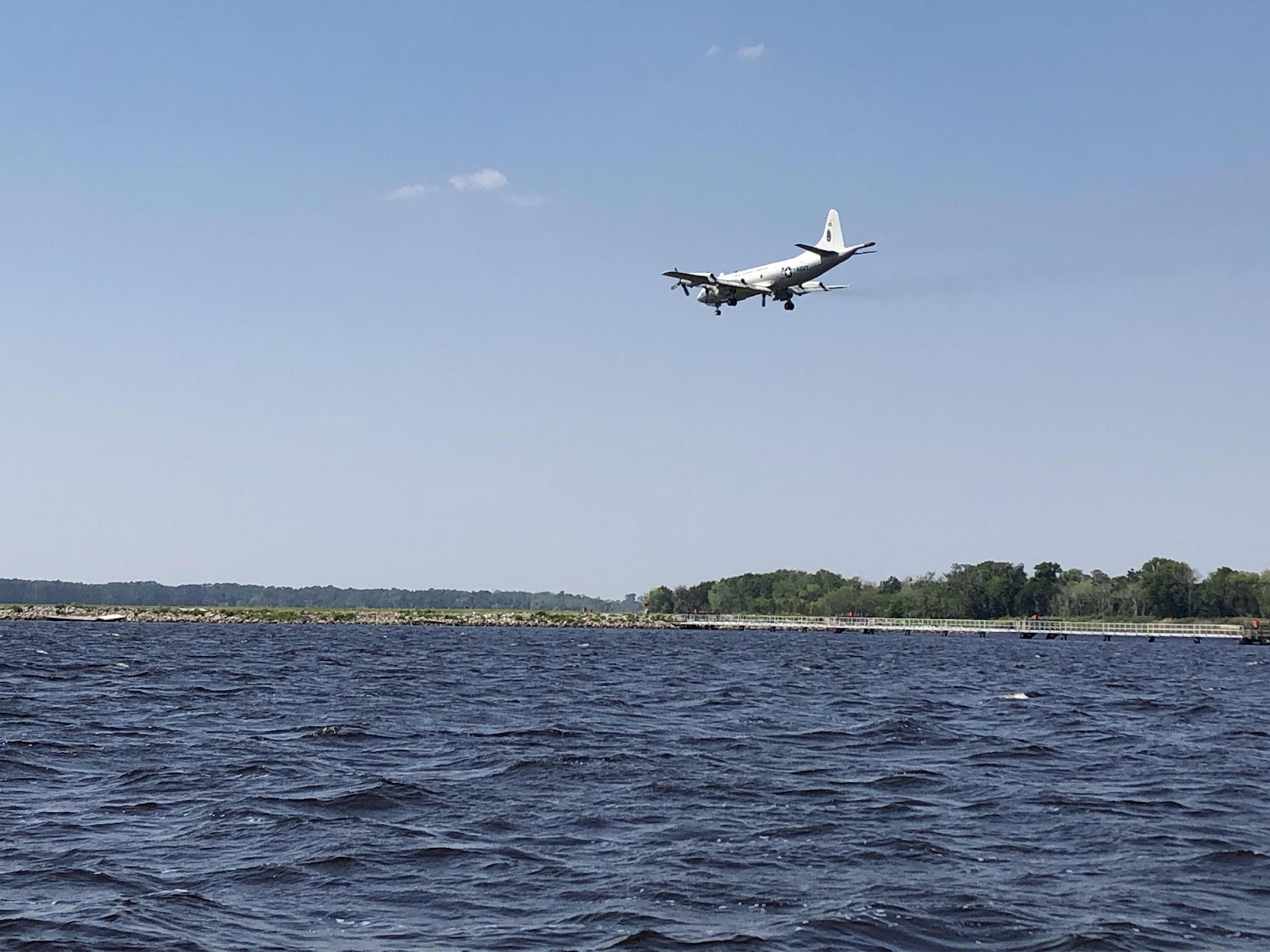 As Rip often says, it's boring until it isn't then you don't want to be there. Usually he is taking about cruising in the ocean. Such was docking today. The wind was up but felt slack in the fairway as we approached the slip. Felt like the condo building and larger boats were blocking the wind. Until we turned into  the slip and the wind funneled from the open slip in front of ours.
Dock hand and a neighbor, Looper Jamie, were there to help. Problem was the dock hand wrapped the line I tossed her to the wrong cleat and I didn't catch what she had done. That gave us no place to take a Stern line so the wind started blowing us off the dock in a twisting motion and towards the boat next to us, Jamies'. Everybody took a deep breath and Rip gave a couple quick instructions and we were safely tied up. For a little boat she such can be blown around a lot.

Back to Oretga Landing Marina for three nights... 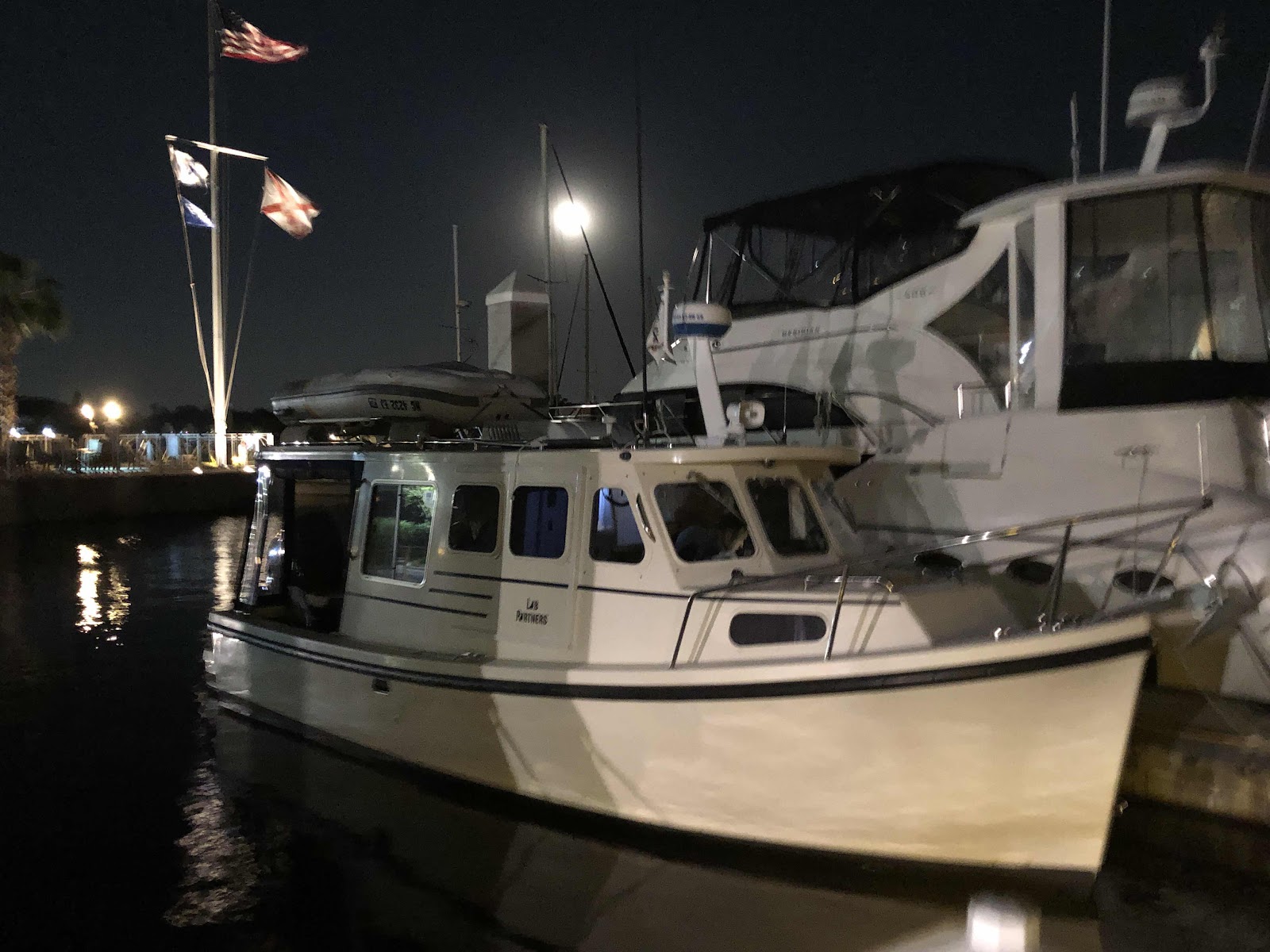 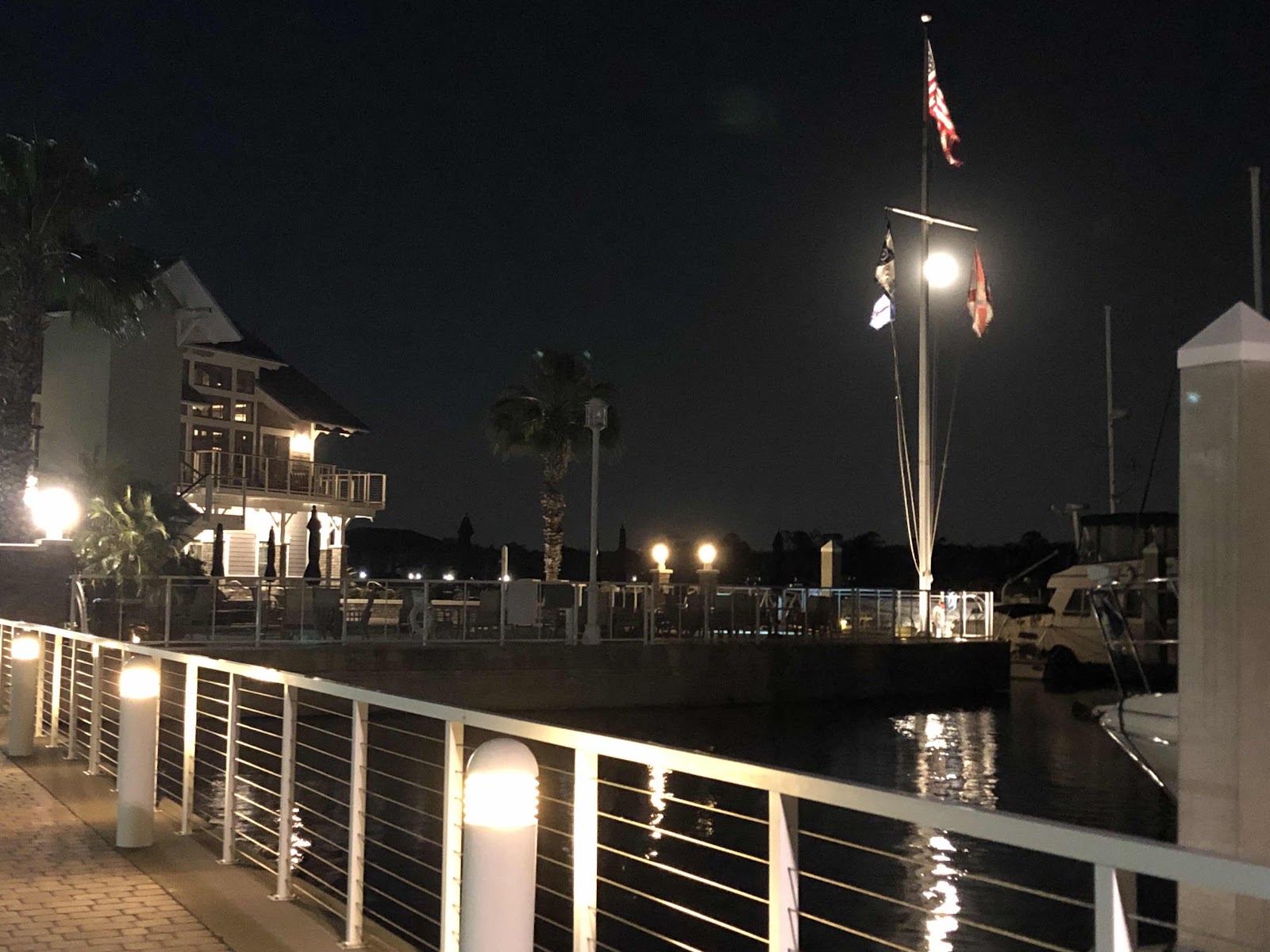 View from the upstairs balcony of the marina office building. Where Sherry and I hung out and chatted the day away. 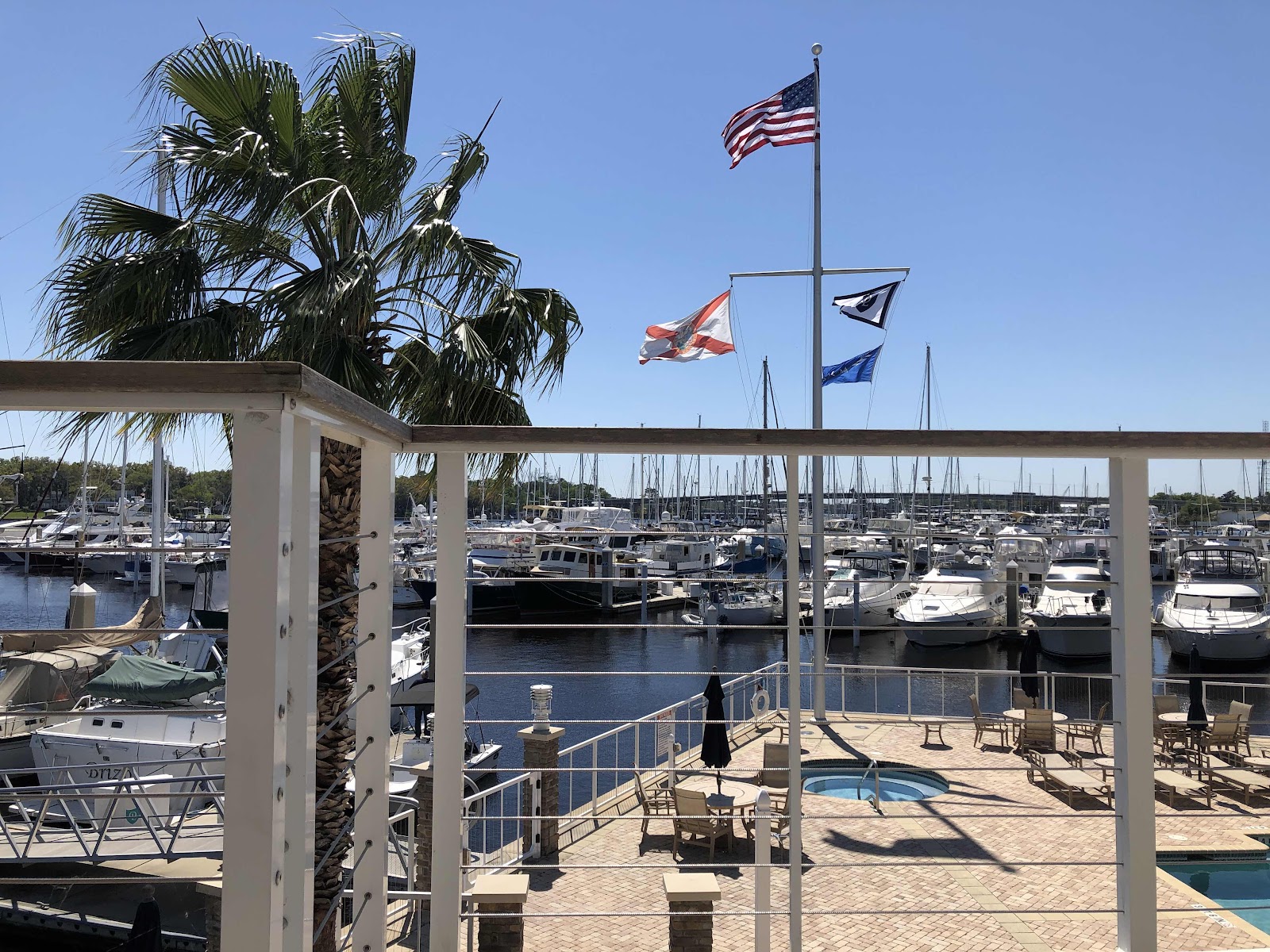 View of the Marina from our boat, back in the same slip as before! 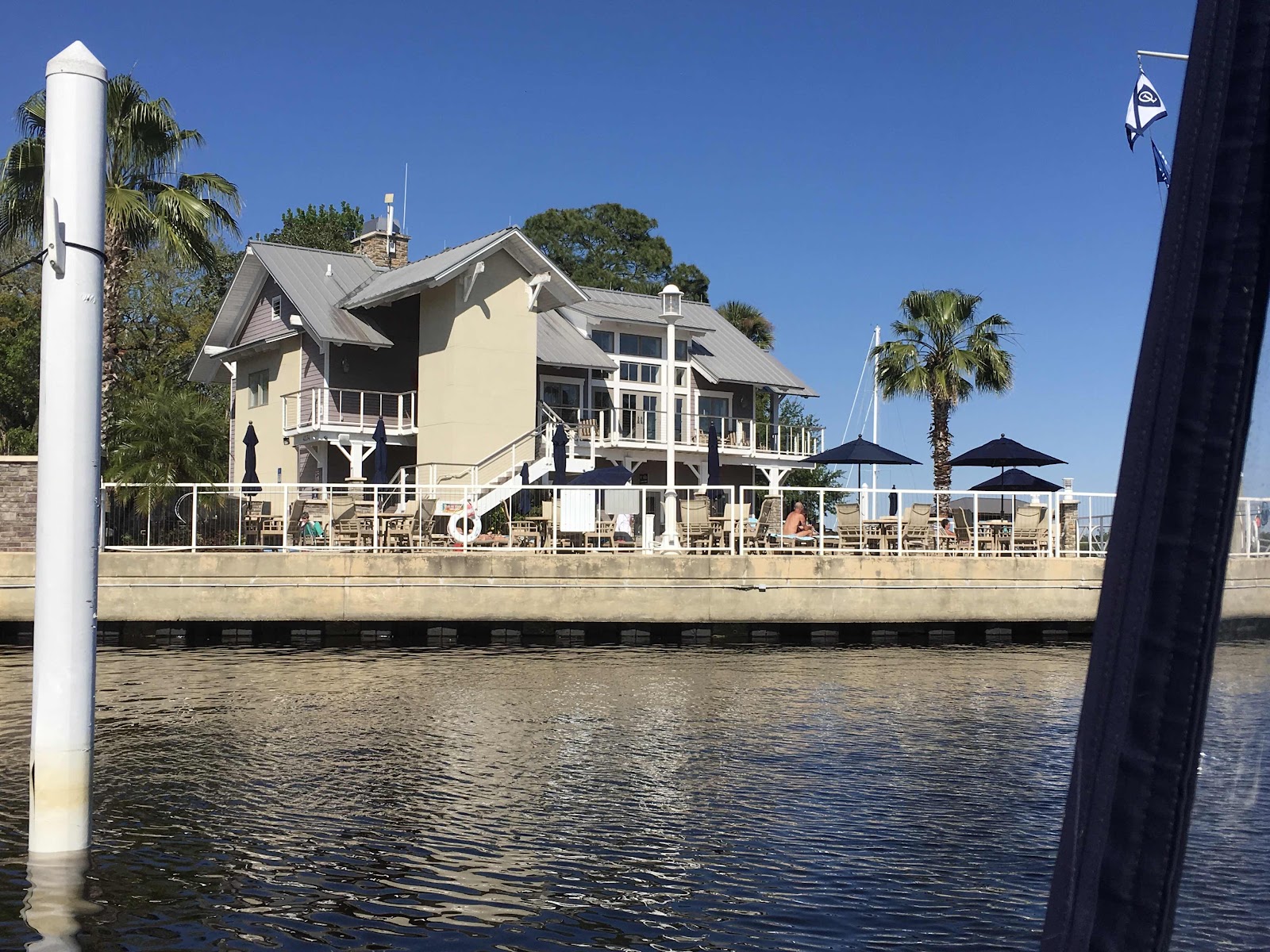 We arrived Thursday afternoon. Rip rinsed the salt off the boat and I made dinner. It was an early night for us both. Friday morning was laundry time, then a bike ride over to Publix for some prescription refills and pick up lunch for us both.

After dropping David off at the airport, Sherry stopped by to hang out for a couple hours. Rip and Cally took naps while Sherry and I relaxed at the clubhouse.

More chores on Saturday morning. After lunch Sherry came back over to take me on a provisioning run, probably our last one the Loop, to Publix. Afterwards we hung out at the clubhouse balcony over looking the Ortega River. 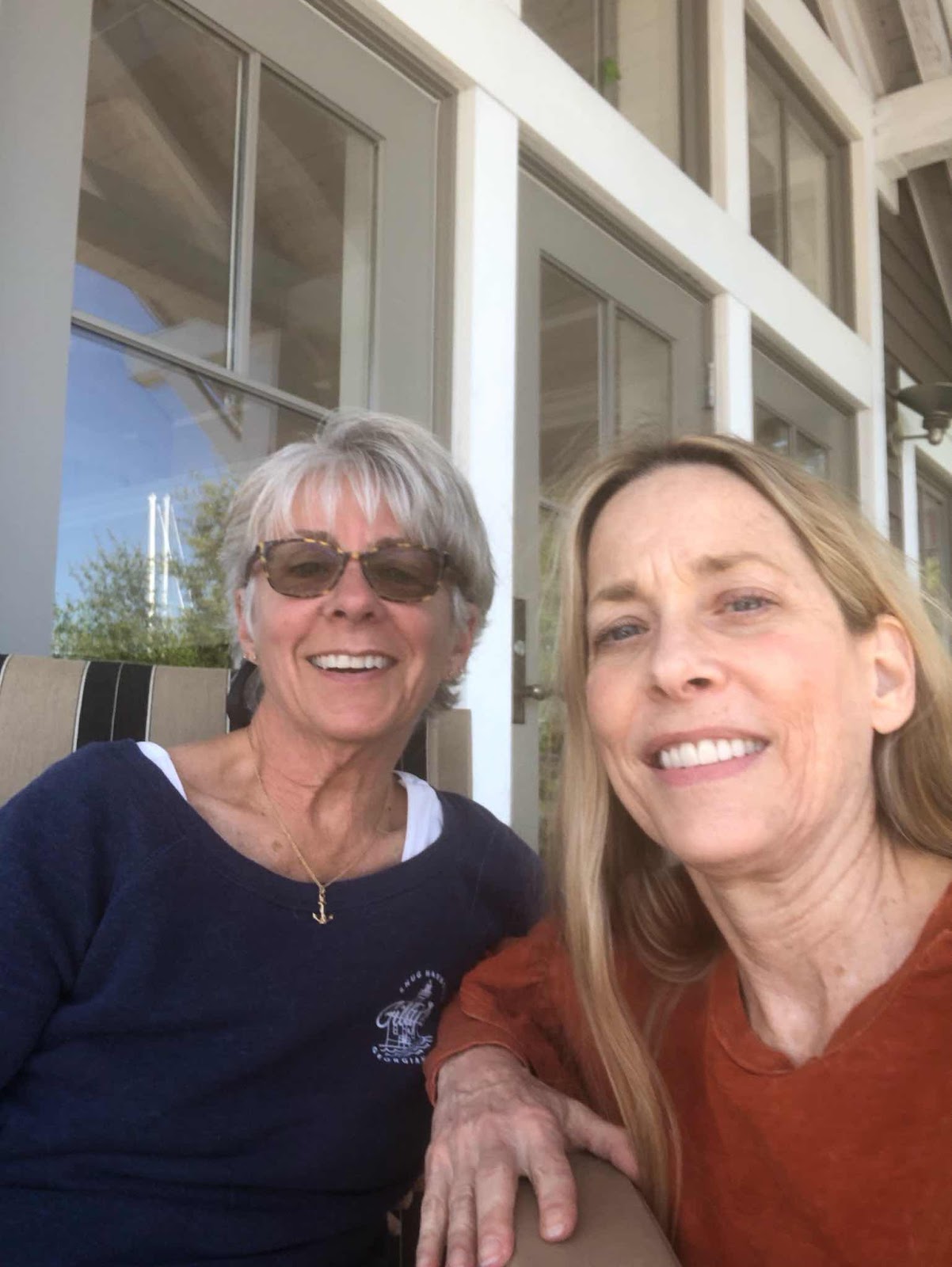 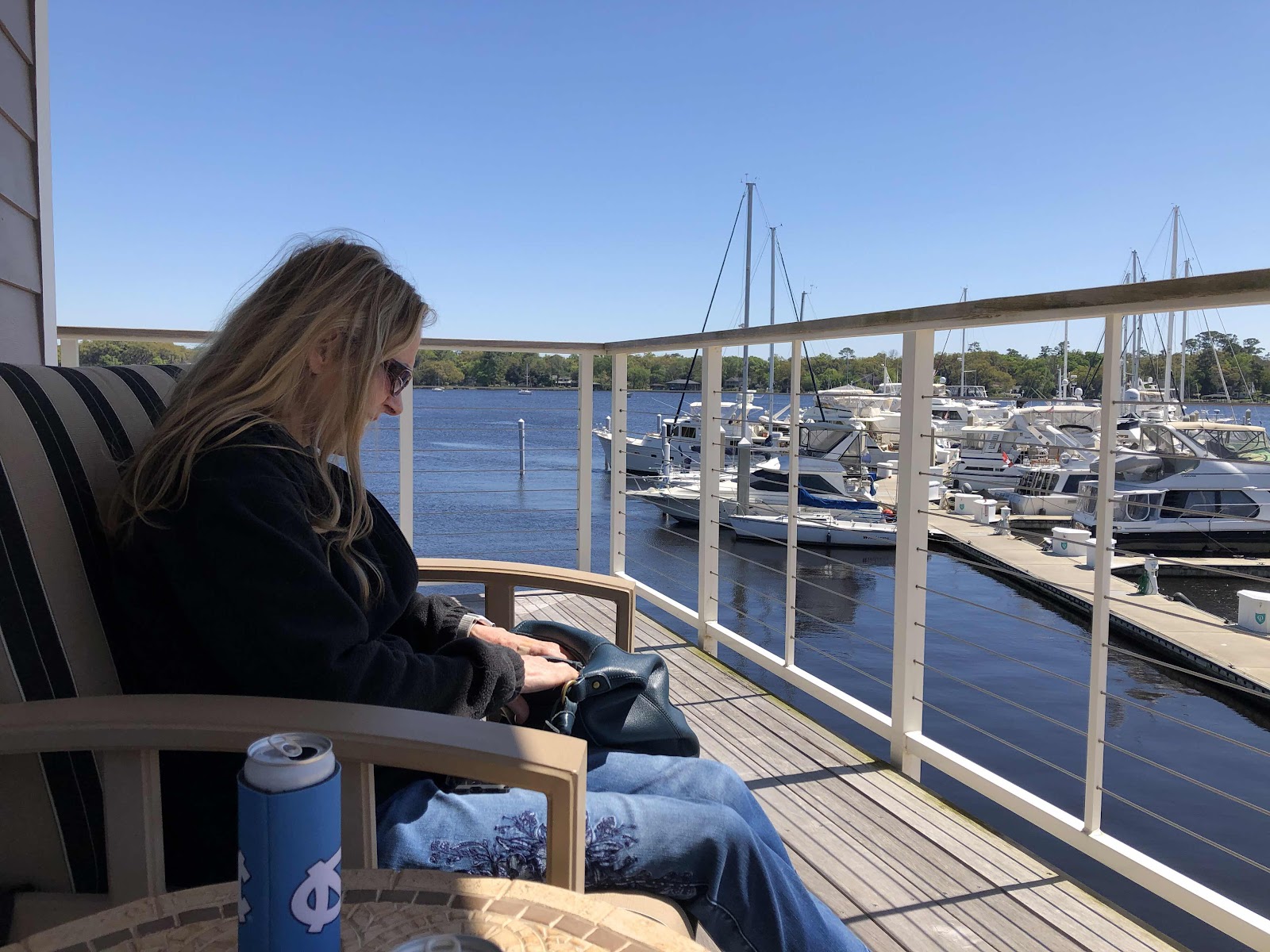 It was quite a treat to spend time with Sherry again, just like the old days when we were in college. We tried to Facetime another college roommate, Mary, who lives in Colorado. I was surprised I had the right mobile number for her as it is probably 20-25 years old. But no answer. Dang, that would have been funny. Sherry was able to Facetime with her husband and daughter who just arrived in Chile for a hiking vacation. Nice to see they arrived safe and we're looking good after a long time traveling.

Tomorrow we are off, northward bound to finish our Great Loop. Amelia Island GA is our planned stop for Sunday night.
Posted by Lab Partners at 4:13 PM