We went to the local “Yacht Club” at GTB last night with Sonny from Cork Screw. Phyllis had taken a rental car to Nashville to play with the grand kids. Sonny and Phyllis were the FIRST Loopers we met … way back at Bohemia Bay at the Chesapeake end of the C&D Canal on the Chesapeake Bay. Dinner wasn’t great; matter fact probably the least enjoyable we have had to date – BUT, Sonny is a hoot and great company. Despite the food (and spider on the bread basket); we had a great time. 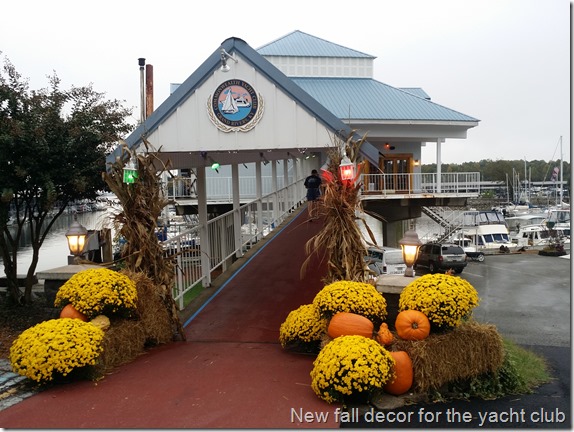 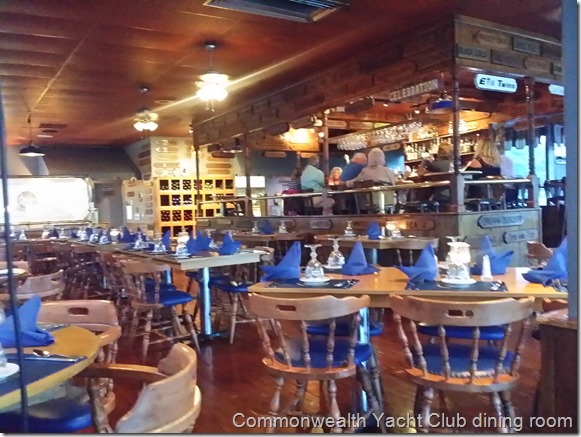 We do not have far to go today, so waiting for the fog to lift did not alter our plans. Rip took the time to dinghy over to the ships store, instead of walking, 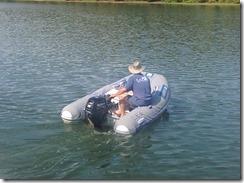 to check for running lights for the dinghy (ours are not working properly and consistently) and to top of the gas tank at the fuel dock.

Once underway, we were quickly off Barkley Lake an on the Kentucky Lake via the Barkley Canal.

The land between the lakes is all park land. Most of our anchorages 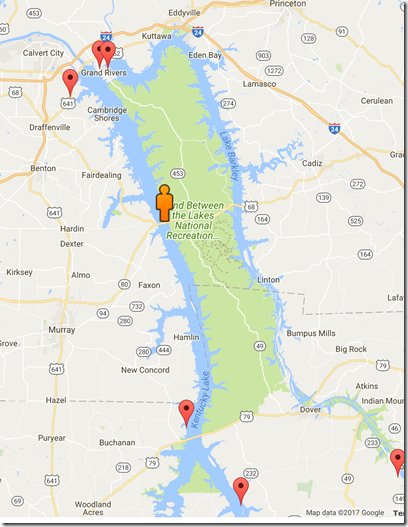 from here to the end of Kentucky Lake will be on the park side. The first one, tonight, will be on the opposite shore. Ledbetter Creek, only 20 miles from Green Turtle Bay.

The clouds started to clear as we entered the canal, which only served to warm things up. 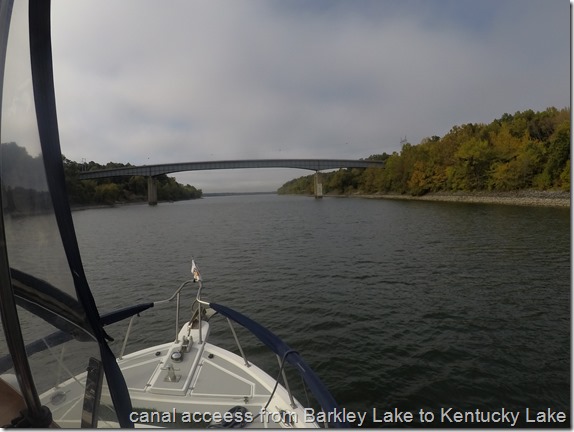 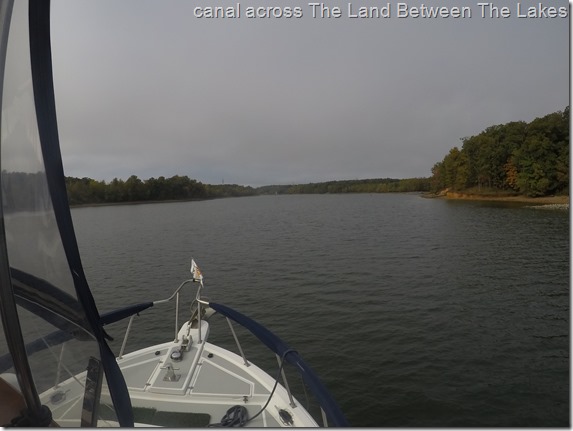 There was supposed to be a boat ramp, but we couldn't find one. There was lots of shoreline for Cally. Unfortunately the rocks at the shore are sharp, not rounded, so Cally is cautious walking. No running on this "beach". She did get to swim and cool off. 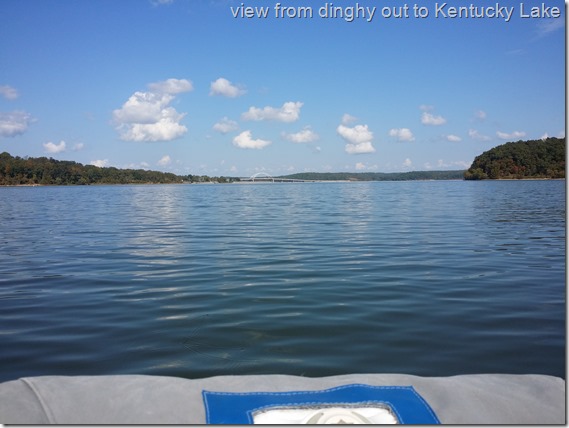 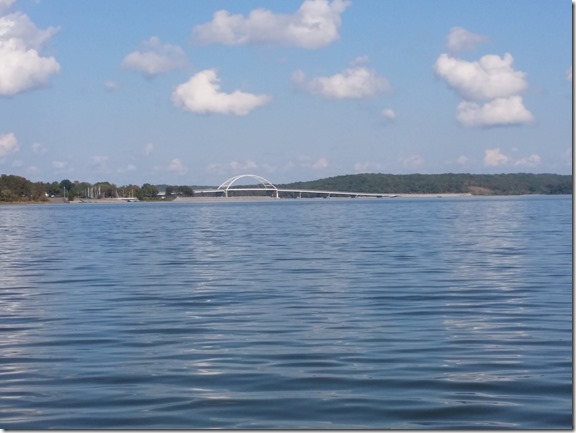 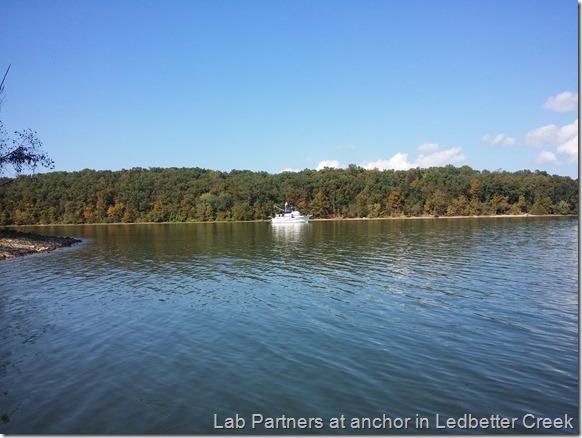 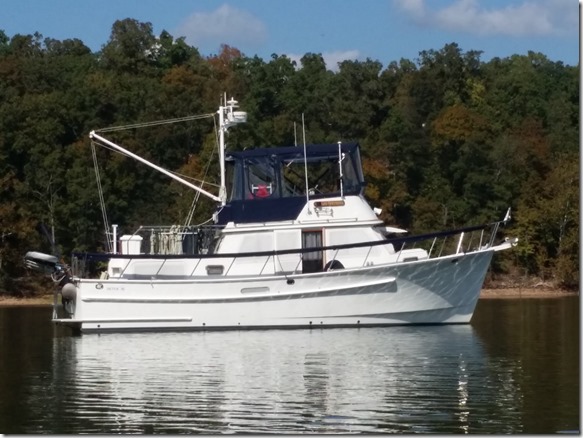 Though many boats left GTB this am, we traveled alone. Most are going to the AGLCA Fall Rendezvous and traveling further per day they we like to go. Others are faster boats or boats without dog's that can travel longer per day. We will catch up with them later. But for tonight, this is peaceful and quiet. Probably going to get really dark! Nothing but woods around us.

Scenes along the way today … 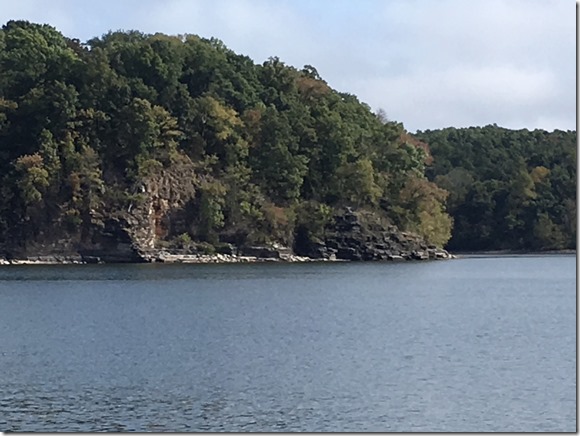 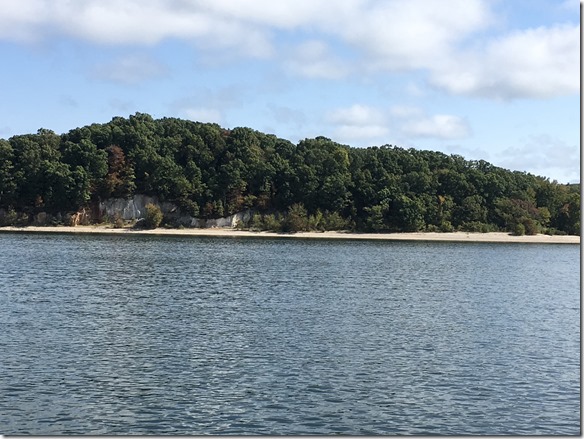 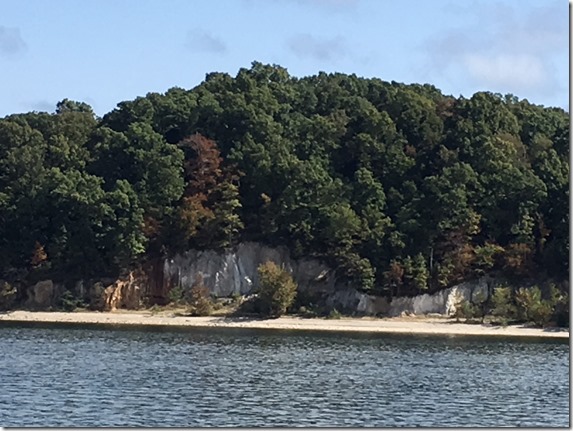 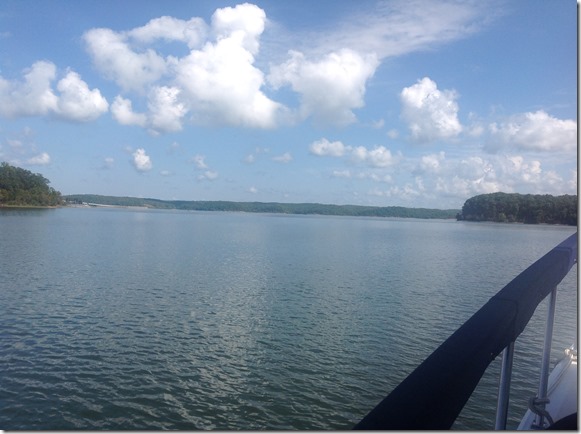