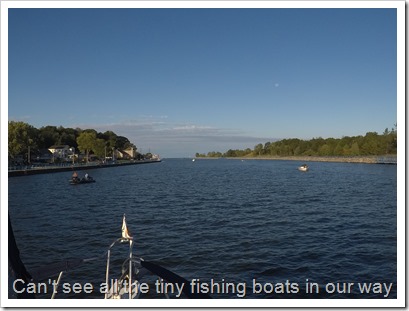 Lots of fishing boats clogging the channel out. 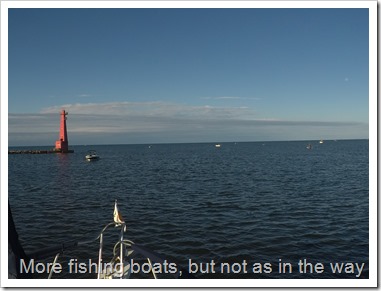 They sort of left a center path out.

A long, long day. A boring day, too. And, boring is a good thing. 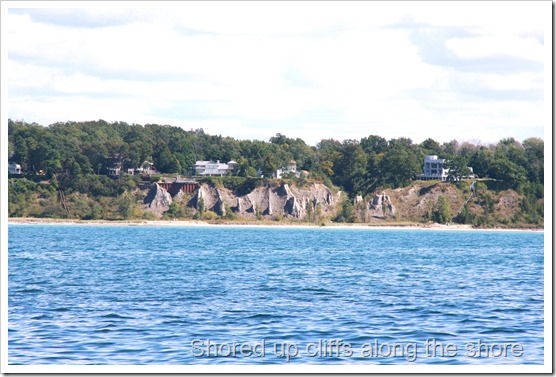 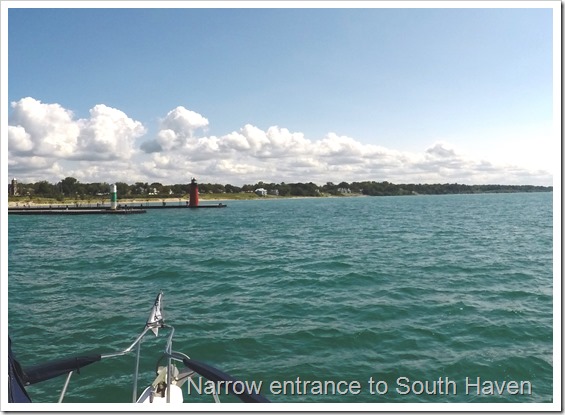 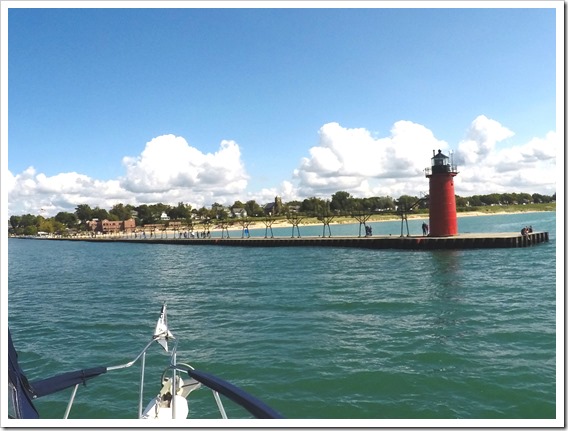 With following seas, we slid further down the Lake Michigan coast. Swells were spaced far apart to not be annoying or uncomfortable, but we were plopping down one wave and then up the next for 6+ hours. It was cool all day with a high of 64. 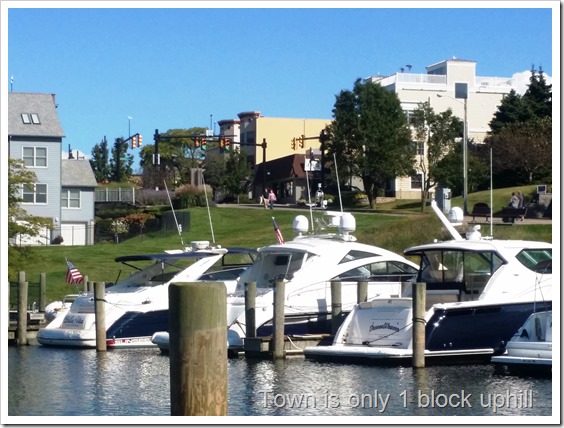 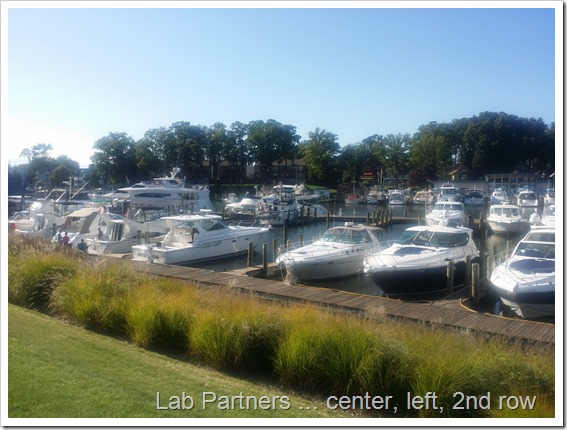 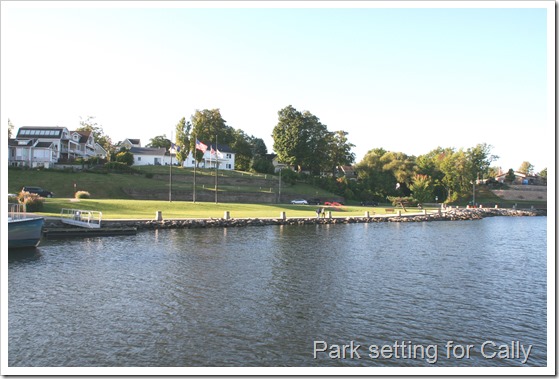 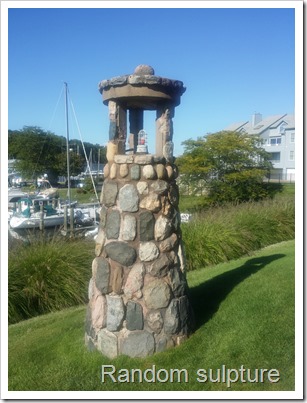 South Haven is another cute town with park setting for Cally. Cally got a long walk, then Rip and I went in search of ice cream and a bakery for tomorrow morning munchies. We found both. 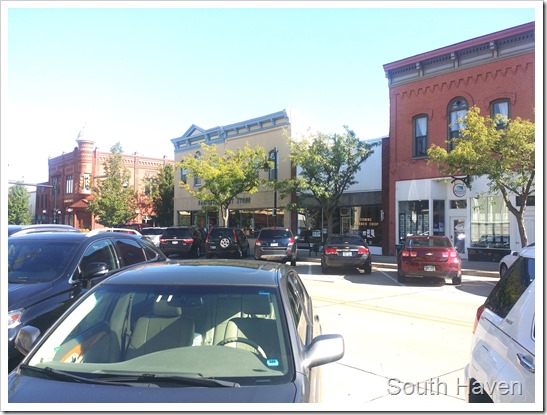 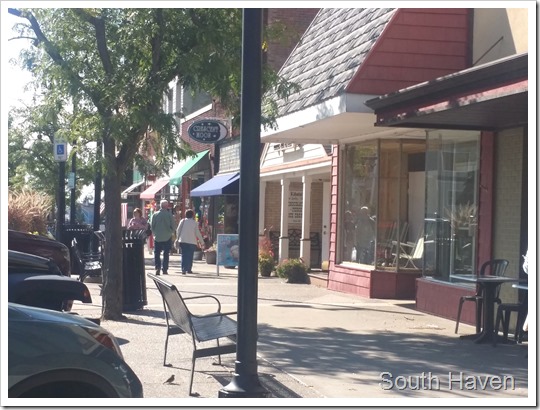 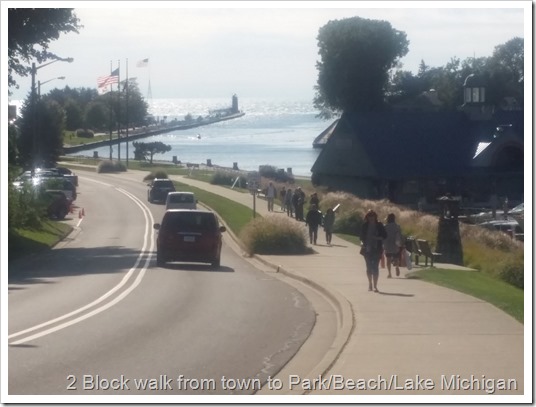 The Nina and The Pinta are docked further up the channel, did not have time to walk over and see them. 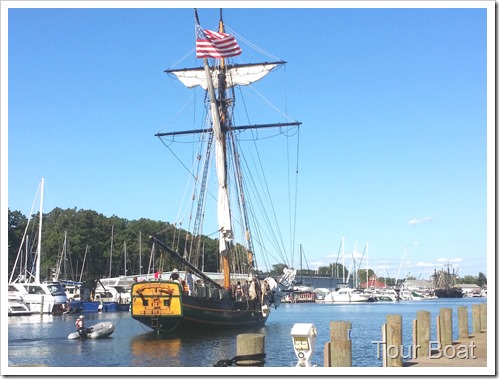 I remember they came thru the Erie Canal, didn't know where they were going after that. Would have been fun to see them up close as they sailed out of the harbor, but no such luck. Maybe we will get to see them down the way?

6 Other Loopers around, but only had a chance to talk with 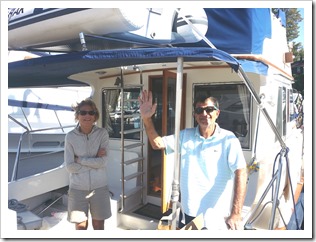 Ed and Sabine on Darak, who were docked right beside us. They are French and had their boat, similar to ours in size, shipped from France to the US, then started their Loop!! Wow! 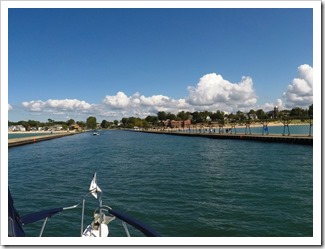 is straight, allowing waves to pass from Lake Michigan into the harbor. Seems like the boat was moving at all times, nothing violent, just not calm like most marinas. 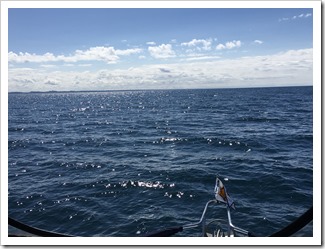 Nicer ride today. East winds and we are hugging the 30' depth contour of the east shore. Cool out, but sunny and nice. 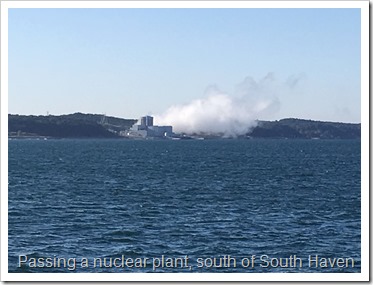 We docked beside Darak, Ed and Sabine. Nice folks, we will catch up with them again when we get to Chicago; we went to different locations when leaving South Haven on Sat. 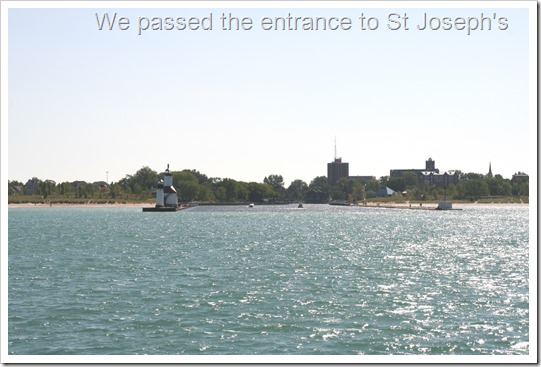 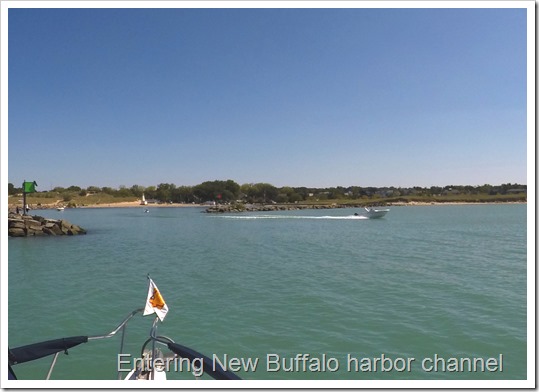 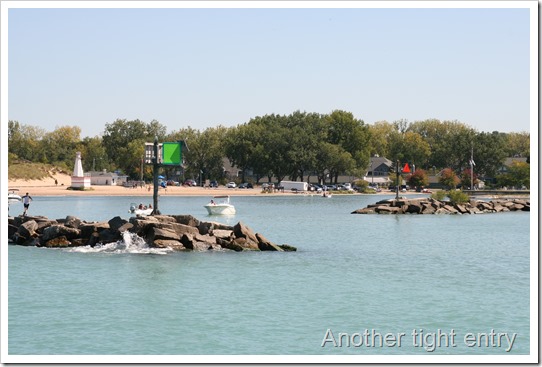 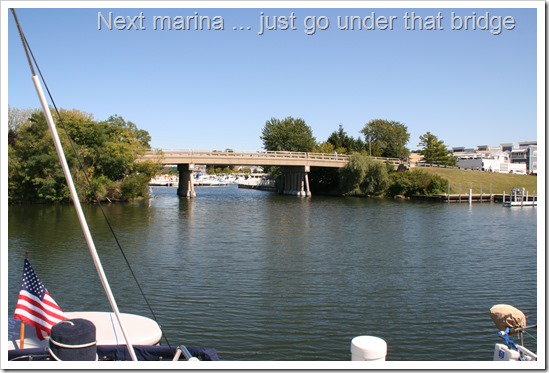 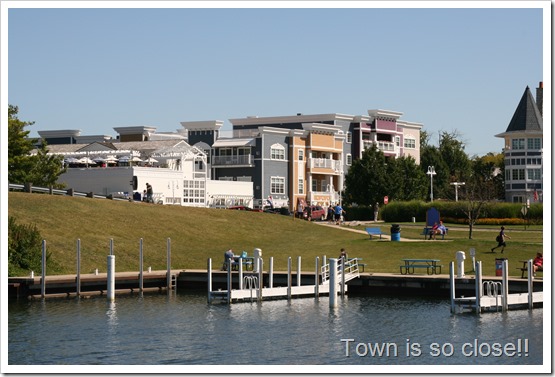 Town is close by, just across the corner from the marina.

There is an area for Cally to play off leash!! 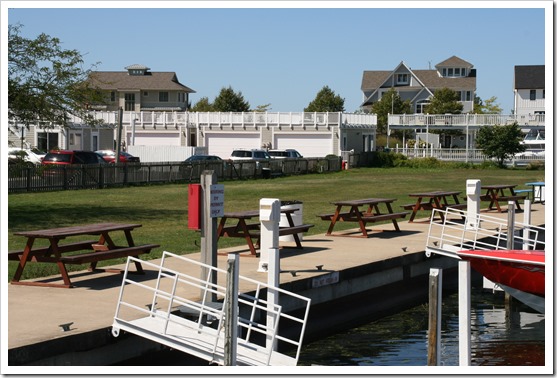 We have been closely following Irma updates and the devastation left behind. Though I am relieved it currently appears our place in NC will be spared ... I worry so about all our friends and family living and working in harms way.

I was really looking forward to the Florida portion of the Loop ... now, I wonder how much will still be there.